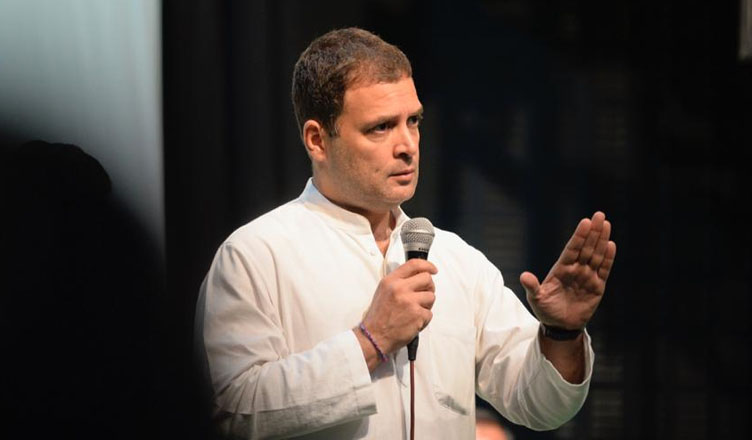 Congress president Rahul Gandhi on Tuesday said that the fundamental difference between the grand old party and the Bharatiya Janata Party (BJP) is that while the former believes in breaking monopolies, the latter supports monopolies.

“India’s progresses rapidly when monopolies were broken. Liberalisation of 1991 was a prime example. Fundamental difference between Congress & BJP is that Congress breaks monopolies and BJP supports monopolies. Today, 15-20 of the India’s biggest industrialists have imposed a monopoly on the banking system,” Gandhi said while interaction with the business community and professionals in Indore, Madhya Pradesh.

He further said that only Micro, Small & Medium Enterprises (MSMEs) can solve the problem of job crisis in India.

“Only 2% of billionaires in China have inherited, rest of them have grown to be billionaires from MSMEs. In India, only MSMEs can solve the job crisis. We need to transform these MSMEs into large businesses,” he said.

The Congress chief said that the autonomy of institutions was being suppressed.

“The case of 4 Supreme Court judges, the case of CBI Director, pressure on ECI are all examples of autonomous institutions being attacked. As a rigid organisation, BJP-RSS want to put their men in these institutions to control them,” he said.

Gandhi further said that when the Congress comes to power, it will abolish the Gabbar Singh Tax and will implement the real Goods and Services Tax (GST).

“When Gabbar Singh Tax was implemented, traders and people who run small businesses admitted to me that BJP called them ‘Corrupt and thief’ and that is what hurt them the most. Congress will abolish Gabbar Singh Tax and implement GST, as it was intended,” he said.

Gandhi pitched for participation of women in nation building and development.

“The anger in society has gone up since Mr. Modi came to power in 2014 and women bear the brunt of this anger. The mentality of Indian men towards women should change. Most importantly, women must be involved in the power structure,” he said.

Today is the last day of Rahul Gandhi’s two-day tour of Madhya Pradesh.