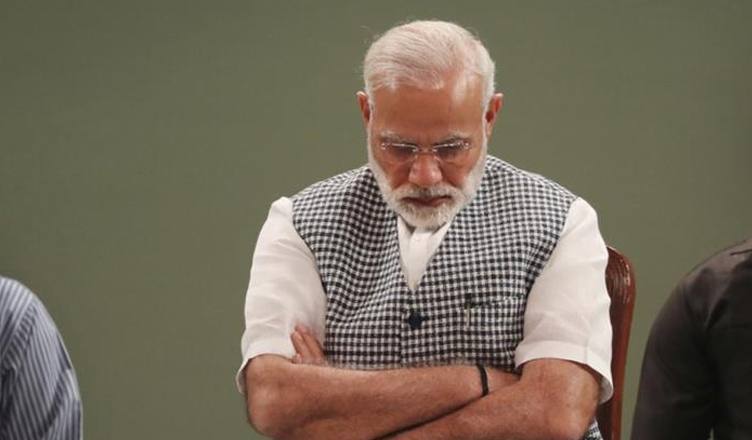 62,000 people across 250 districts voted in the survey that consisted of various questions to assess the government’s performance in their fourth year. Based on the polls in the last three years, it appears that more people are becoming disenchanted by the current government. While most people still believe they are optimistic about their future in India, the trend has reduced from 76% in 2016 to 65% in 2018 and while 15% were worried about a future for them and their families in the country in 2016 the number in 2018 increased to 27%. People worried that crimes against women had increased from 43% in 2016 to 58% in 2018. The poll showed that people increasingly believed that the government was not handling issues relating to communalism, this number went up from 31% in 2016 to 45% in 2018.

Mr. Modi’s campaign in 2014 focused on corruption, farmers, and employment, yet this has not happened. Job creation is at an 8 year low, the BJP government is riddled with scams and farmers continue to protest against lack of support from the government. This shows in the poll as 47% believe that the lives of farmers have not improved in the last four years. In 2018 poll, 54% believed that the government had not been able to create jobs from 43% in 2016. And as far as corruption, 32% believed that corruption had reduced under the BJP 2016, while in 2018, a whopping 44% of people that took the poll thought that corruption had not gone down.

It remains clear that many believe that the Modi government is doing a good job, perhaps bolstered by their social media and speeches. With the spread of trolls, fake news and intimidation of journalists, it appears that many continue to buy into the narrative that this government is fulfilling its promises and keeping its citizens safe. But a glance at this poll shows that an increasing number are becoming aware of reality and facts. With elections less than a year away, it appears that the citizens of India are finally beginning to see through Mr. Modi and his many lies.