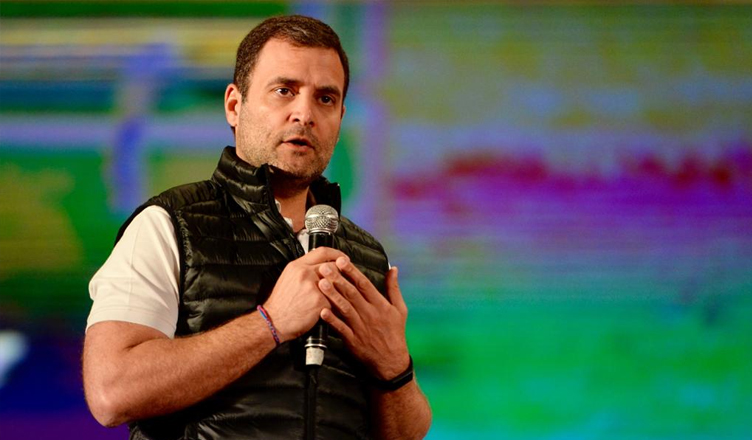 Congress president Rahul Gandhi on Saturday interacted with university students in Delhi, ahead of the 2019 Lok Sabha elections.

While batting for more allocation of money to education, Gandhi said that he is committed to increase higher education institutions in North Eastern states.

Launching an attack on the Modi government, Gandhi drew comparison between the number of institutions opened under the UPA regime and under the present regime.

“When we were in power during UPA I and UPA II, we opened more than 20 universities. You know how many universities were opened in last 5 years? One,” Gandhi said.

Rejecting a rigid structure of education, the Congress chief said that he believed in empowering students.

The Gandhi scion also said that leadership should guide the nation.

Also read: Why did PM Modi make no mention of Pulwama in his speech given 2 hours after attack?

“If the PM of India condemns the atmosphere of hatred, then naturally the anger in the nation will diminish. Leadership should guide the nation,” he said.

Gandhi also said that the crisis of employment has to be tacked to remove anger in the society.

“I recently visited the families of martyrs. In my journey to Shamli, I interacted with many youngsters, and many stated that they are not employed. We should solve the employment crisis to remove anger in the society,” he said.

Here are some of the statements from his interaction:

One thought on “Committed to increase higher education institutions in North-East: Rahul Gandhi”