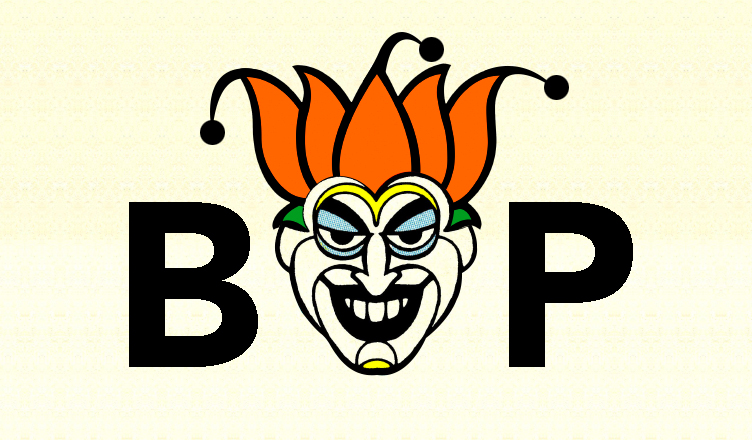 BJP leaders are known for making controversial, absurd, weird and funny statements. Time and again, the saffron party leaders have given proof of their ‘intellect’ by making some really inappropriate remarks.

For instance, you will be asked to go to Pakistan by BJP if you resign from a government post citing the compromise of the fundamental building blocks of democracy. Don’t believe us? Read it for yourself.

Senior BJP leader Anantkumar Hegde has accused IAS officer Sasikumar Senthil, who recently resigned citing the same reason, of treachery and has suggested that the officer goes to Pakistan.

“This is treachery. If an IAS officer ventures to question a government which is in place on the basis of a mandate of the people and questions a decision of Parliament, then there is no greater letting down of the government. Authorities must take prompt action,” Hegde said in a video on social media.

Serving the government & yet questioning people representative's decision taken as per constitutional norms, besides labelling it as fascist amounts to nothing less than #Rajadroha! pic.twitter.com/D8NGkJpm3F

At a time when the economy is undergoing one of its worst phases and unemployment is only rising, this BJP leader asserts that no one is losing jobs.

Minister of State for Home Affairs Nityanand Rai on Tuesday said unemployment figures were incorrect and no one was losing jobs.

Our Finance Minister Nirmala Sitharaman is no less when it comes to making funny statements.

Sitharaman on Tuesday linked the slowdown in the economy with the change in the mindset of the millennials who prefer using cab services such as Ola and Uber instead of buying their own car and paying monthly instalments.

In another such instance, Sitharaman, addressing a press conference on September 01, said that the Indian economy is doing better than the other countries including the United States and China. “It is a continuous process. Business-related reforms were carried out by this government ever since it came to power in 2014. We have not lost the momentum; we are keeping that high on agenda,” Sitharaman said.

We guess the Indian economy has become BJP leaders’ favourite topic for jokes.

Deputy Chief Minister of Bihar Sushil Kumar Modi gave ‘saawan-bhado‘ as the reason for the slowdown in the economy. “Usually every year there is a cyclic slowdown in the economy during ‘saawan-bhado’ (the fifth and sixth months in the Hindu calendar), but this time some political parties are creating noise over it to vent their frustration after the loss in elections,” Sushil Kumar Modi wrote in a tweet.

HRD Minister Ramesh Pokhriyal is a league apart when it comes to making silly statements.

Also read: Can’t believe these BJP leaders had this to say on economy!

According to The Print, Pokhriyal in August claimed that Indian scriptures mentioned the concept of gravity long before physicist Isaac Newton did.

“We need to prove that all that we keep talking about like Charaka, Aryabhata, they all existed and that our scriptures mentioned the concept of gravity much before Newton discovered it,” The Print quoted Pokhriyal as saying.

Another legendary joke was given by Pokhriyal when he said that NASA has said that if walking-talking computer becomes a reality in near future, it will be because of Sanskrit.

“National Aeronautics and Space Administration (NASA) is saying that in near future if a walking-talking computer will live, then it will only be possible because of Sanskrit. NASA is saying this because it is a scientific language in which words are written exactly the way they are spoken,” he said while addressing the 57th convocation ceremony of the Indian Institute of Technology Bombay (IIT Bombay) on August 10.

BJP MP Sadhvi Pragya is next in the list. Following the recent deaths of former Union Ministers Arun Jaitley and Sushma Swaraj, the BJP MP said that the Opposition is using ‘marak shakti’ (evil/killing power) against the saffron party.

“While I was contesting (Lok Sabha) elections, a Maharaj ji told me that bad times are upon us and Opposition is up to something using some ‘marak shakti’ against BJP. I later forgot what he said but now when I see our top leaders leaving us one by one, I am forced to think, wasn’t Maharaj ji right?” she said.

The last but not the least comes from the MASTER of jokes, our very own Prime Minister Narendra Modi. We are sure you haven’t forgotten the “shardi zada hai, unki sehne ki kshamta kam ho gayi hai.”

Back in 2014, while interacting with students on the topic of climate change, PM Modi said, “It’s not colder, their capacity to tolerate cold has reduced due to ageing. In the same manner, the climate hasn’t changed, we have changed.”

Listen to the ‘masterstroke’ here: