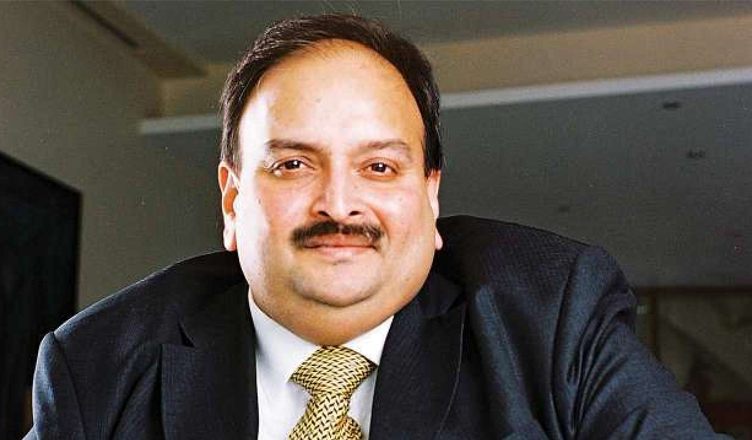 The recent revelation regarding Mehul Choksi, fugitive jeweller and Punjab National Bank accused, has raised eyebrows about the alert levels of law enforcement agencies here, and raises a pertinent question that if the government had a hand in it.

As recent media reports have suggested, Choksi is in Antigua presently. What is shocking to know is that had been granted citizenship of the country based on a police clearance certificate issued by the Regional Passport Office, Mumbai and documents provided by the Securities and Exchange Board of India (Sebi) in May 2017.

The confirmation that Choksi had received the police clearance certificate for Antigua and Barbuda in March 2017, 10 months before he fled the country, was given by none other than the official spokesperson of the Ministry of External Affairs.

“Police Clearance Certificate (PCC) was issued to Mehul Choksi by Passport Office, Mumbai, for Antigua and Barbuda on March 16, 2017. The PCC was issued on the basis of a clear Police Verification Report (PVR) available on his passport.”

“All Passport Issuing Authorities can issue a PCC if there is a clear Police Verification Report (PVR) in the system. In case there is no PVR, then a fresh PVR is obtained prior to issuance of a PCC. As the PVR of Mehul Choksi was clear in the system at the time of issuance of PCC, the process followed by Passport Office, Mumbai was as per extant instructions,” the spokesperson added.

But, Indian agencies only woke up six months after he fled the country. That is also, when the US Department of Justice intimated the Enforcement Directorate that it did not assess Choksi’s movements but speculated that he flew out of the US on an Antiguan passport. A third country’s information led to this revelation. We wonder how security agencies were unaware of this aspect till then.

“The said police clearance certificate from the Government of India, Ministry of External Affairs Regional Passport Office, Mumbai, certified that there was no adverse information against Mr Mehul Chinubbhai Choksi which would render him ineligible for grant of travel facilities including visa for Antigua and Barbuda,” he statement said.

“As with all applications submitted to the CIU, Choksi’s application was subjected to stringent background checks which included open source internet checks, Thompson Reuters World-Check, queries of various sanctions lists, engagement with regional and international intelligence agencies to include Interpol as well as contracted third party due diligence providers. It was only after the results of all of these checks had been received and assessed that a final decision was taken on the application. In no instance was any derogatory information disclosed on the applicant,” it said.

“In the conduct of its due diligence, the CIU received documentation of two instances in which the Securities and Exchange Board of India (SEBI), in 2014 and 2017, opened investigations on a corporate entity owned by Choksi. We requested updates on the status of the investigations and received documentary confirmation, issued by the SEBI stating that in one case, the matter had been satisfactorily closed, and indicating in the other that there is not sufficient evidence to pursue the matter further. None of these matters is the subject of the current warrants issued by Central Bureau of Investigation (CBI) in connection with the Punjab National Bank. It was also observed that 2016 non-bailable warrant was discontinued in October 2016,” it said.

“The CIU’s investigations revealed that the notice of the current investigation (PNB fraud case) was first issued by Indian authorities to law enforcement on 31 January 2018. As such, these matters emerged well after the background vetting process which would have resulted in the August 2017 approval of Choksi’s application and his subsequent registration as a citizen in November 2017.”

“The CIU assures the public that it took all reasonable steps to ensure that Mr Choksi was a fit and proper candidate for the grant of citizenship as allowed under the Antigua and Barbuda Citizenship by Investment Act,” it said.

In order to save itself from embarrassment, the government sources took the position that the PNB scam came to light in 2018 and that there was no criminal case registered against Choksi in 2017.

Congress President Rahul Gandhi on Friday, hit out at Prime Minister Narendra Modi alleging that his gave a clean chit and enabled him to obtain Antiguan citizenship.

Undoubtedly, this government has a very soft corner for its capitalist friends.