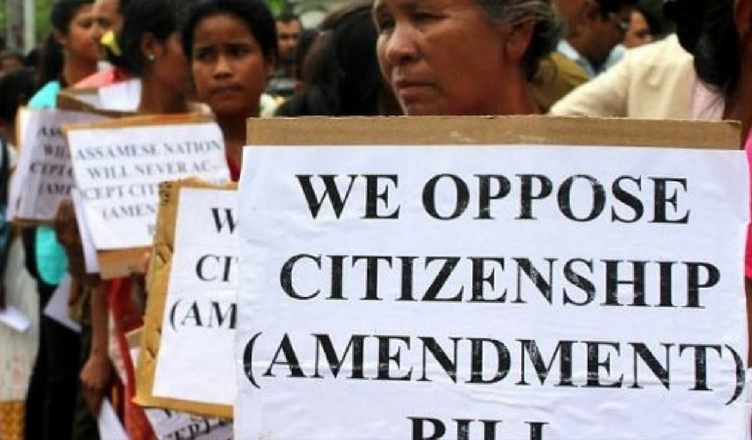 North-eastern states like Arunachal Pradesh, Assam, Meghalaya, Manipur, Nagaland and Tripura have been witnessing an uproar over the proposed Citizenship (Amendment) Bill, 2016.

The Bill was introduced in the Lok Sabha on July 15, 2016, seeking to amend the Citizenship Act, 1955. With the amended bill, six minority groups, including Hindus, Sikhs, Buddhists, Jains, Parsis and Christians, from Afghanistan, Bangladesh and Pakistan will be granted Indian citizenship.

What is to be noted is that the Act does not have a provision for providing citizenship to Muslim sects like Shias or Ahmediyas, who face persecution in Pakistan.

The requirement of 11 years of continuous stay in the country has also been sought to be reduced to six years in the Bill.

Opposition parties, such as the Congress and All India United Democratic Front (AIUDF) have raised opposition to the idea of granting citizenship on the basis of religion.

Bharatiya Janata Party’s (BJP) ally in Meghalaya, the Meghalaya Democratic Alliance (MDA) government has also opposed the Bill. According to The Hindu, they have called the bill “dangerous,” and have said that they don’t agree with the idea of non-Muslims acquiring citizenship after six years of living in the country.

BJP’s coalition partner in Assam, Assam Gana Parishad (AGP) has already broken its alliance over its disagreement for the Bill.

The Bill has already been passed in the Lok Sabha and is scheduled to be presented before the Rajya Sabha in the ongoing Budget session.

Protests have hit several north-eastern states, including like Arunachal Pradesh, Assam, Meghalaya, Manipur, Nagaland and Tripura where people have come out on the streets to oppose the Bill.

The protests have been taking place since several months.

On Wednesday, thousands of people assembled in Shillong, Meghalaya to protest against the bill. Civil society groups there have threatened a ‘severe agitation’ if the Bill is passed in the Rajya Sabha.

Even Manipur witnessed a 24-hour general strike on the same day (Wednesday) called by the recently-formed Manipur People Against Citizenship Amendment Bill (MPACAB), having representatives from 66 organisations.

The verdict in the Rajya Sabha will decide the course of future of this Bill, but one thing is for sure, that if it gets passed, North-East will witness major violence and chaos.

In the wake of pressure from tribal organisations and student bodies, the Nagaland cabinet has rejected the Citizenship Bill.

News18 reported on Thursday that protests in Assam turned violent when protesters from All Assam Students’ Union (AASU), Asom Gana Parishad (AGP) and Asom Jatiyatabadi Yuva Chatra Parishad (AJYCP) barged into a meeting organised by the RSS in Tinsukia district, and thrashed the BJP district president present at the venue.

The Congress has been opposing the Bill since the time it was proposed in the Lok Sabha. It even staged a walk out and is set to oppose the Bill in the Rajya Sabha as well.

One thought on “Citizenship Bill triggers protests across North East”