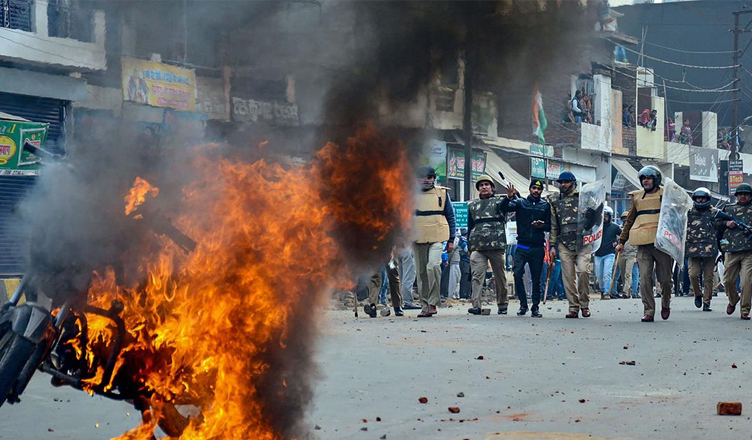 As the protests against the Citizenship Amendment Act (CAA) turned violent in Uttar Pradesh, the death toll has risen to 11, including the death of an 8-year-old boy.

The boy lost his life in a stampede in Varanasi, when a violent mob was being chased by police personnel, India Today reported.

Meerut district reported four deaths whereas six people were killed in clashes between protesters and police.

According to police officials, six policemen also received bullet injuries in various parts of the state.

The anti-CAA protests turned violent in Uttar Pradesh on Friday with protesters hurling stones and torching vehicles in various districts of the state.

Police vehicles were set ablaze in Ferozabad and Kanpur’s Babupurwa area. A police post was targeted in Meerut’s Islamabad area.

India Today reported that Lucknow, Kanpur, Gorakhpur, Meerut and Sambhal were some of the areas that were worst-hit by the protests.

Protests have been witnessed across the country after the Citizenship (Amendment) Bill (CAB), 2019 was passed by the Parliament last week. It became an act after receiving assent from President Ram Nath Kovind.

One thought on “Citizenship Amendment Act protests: Death toll in UP rises to 11 as violence escalates”