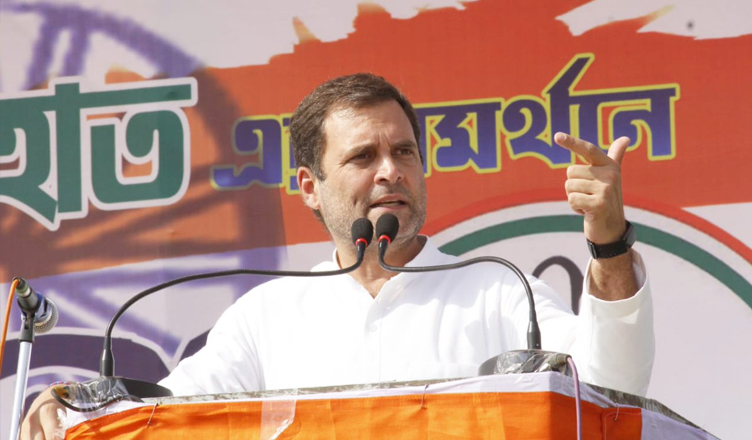 Launching a scathing attack on Prime Minister Narendra Modi, Congress President Rahul Gandhi on Wednesday said that the ‘Chowkidar’ should tell the nation why he stole.

“The chowkidar should tell the country why stole? Why he snatched employment? Why he insulted the martyrs? Let me tell Modiji that no one can escape from “justice”,” Gandhi said while addressing a rally in Bhind, Madhya Pradesh.

The Congress Chief further said that PM Modi himself said that he wants to be the chowkidar but now he is upset with the word “chowkidar.”

“First, Modi said that he wants to become the chowkidar and nowadays he is very upset with the word “chowkidar”. Because, the next word which comes after the watchman: is a thief,” he said.

“”Chowkidar Chor hai” – This slogan is the slogan of youth, farmers and labourers of India. Nowadays you will hear this slogan everywhere,” he added.

Taking a jibe at PM Modi over the controversial Rafale deal, the Gandhi scion said that when he and other Congress MPs raised questions on Rafale, PM Modi remembered Jawaharlal Nehru, Indira Gandhi, Rajiv Gandhi but forgot to mention about Rafale, Anil Ambani, and French President.

“I want to ask Modi Ji that when he gave thousands of crores of rupees of the country to that thief under the garb of Rafale, what sentiment was there in his heart?” he added.