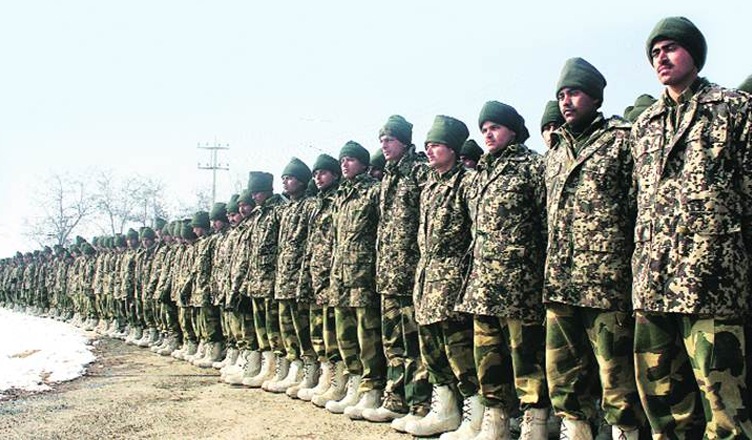 Repeated attempts are being made by China to intrude into Indian Territory. In another such attempt of intrusion, People’s Liberation Army (PLA) intruded around 300-400 metres inside the Demchok sector of eastern Ladakh, pitching five tents there.

Demchok, which stretches from eastern Ladakh to Arunachal Pradesh, witnesses frequent transgressions and faceoffs between the Indian and Chinese armies as it is one of the 23 “disputed and sensitive areas.”

Out of the five tents, three were removed after brigadier-level talks between the two armies, but the remaining two tents are still there in the area, with some Chinese troops in civilian garb present there.

The Times of India, quoting security establishment sources, said that the PLA soldiers set up camps there in the garb of nomads with cattle in the first week of July. The Indian troops signalled them to retreat through “banner drills” (showing flags asking them to go back to their territory).

“The PLA removed three of the tents only after India pushed for talks between the rival brigade commanders,” TOI quoted a source as saying.

In the past also, we have witnessed the Chinese Army trying to needle India at different stretches along the 4,057 km Line of Actual Control (LAC).

The number of transgressions by Chinese troops along the LAC has already crossed 170 this year. This number was 426 in 2017 due to the 73-day troop face-off at the Bhutanese territory of Doklam near the Sikkim-Bhutan-Tibet tri-junction.

Earlier in July, an Outlook article quoted a top US official saying that China has quietly resumed its activities in the Doklam area and neither Bhutan nor India has sought to dissuade it.

“Although both countries backed down, China has quietly resumed its activities in Doklam and neither Bhutan nor India has sought to dissuade it. China’s activities in the Himalayas remind me of its South China Sea policies. How should our failure to respond to the militarisation of the South China Sea inform the international response to these Himalayan border disputes?” Congresswoman Ann Wagner had asked during a US Congressional hearing of the House Foreign Affairs Sub-Committee for Asia and the Pacific.