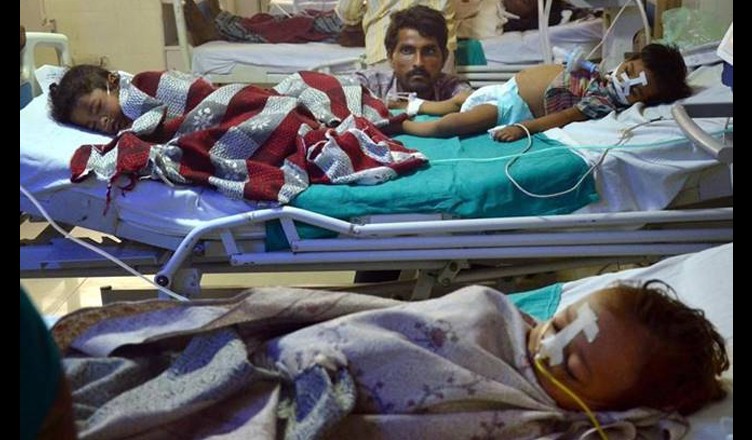 Deaths of children at Baba Raghav Das (BRD) Medical College in Uttar Pradesh’s Gorakhpur continue unabated. As many as 1,049 children deaths have been reported in the first six months of 2018.

The Uttar Pradesh Government has clearly not made any efforts to address the problem, which has recurred to haunt it.

This can be further bifurcated into the number of deaths that took place in NICU and Pediatric Intensive Care Unit (PICU). A PICU cares for infants and children up to age 17 whereas an NICU (neonatal = newborn infants) specializes solely in the treatment of newborns who need a little more TLC.

The issue came to light when in August last year, 213 children died due to shortage of oxygen supply. Most notably, Uttar Pradesh has the highest mortality rate for children.

Be it Uttar Pradesh, Jharkhand, Maharashtra or Madhya Pradesh, children are seen dying in hospitals due to gross negligence of the BJP-led state governments.

Then, in Maharashtra, deaths of infant and children totalled 21,985 in the last two years – 17,944 infant deaths and 4,041 children. As per the latest report of NFHS, at least 64 children below the age of six die every day in Madhya Pradesh and its infant mortality rate is worse than that of some African countries.

UPA 1 and 2 went beyond rhetoric when it came to the empowerment of women and the welfare of children compared to the non-performance of NDA. Keeping in view, children’s protection and welfare, the Congress-led UPA set up the National Commission for Protection of Child Rights.