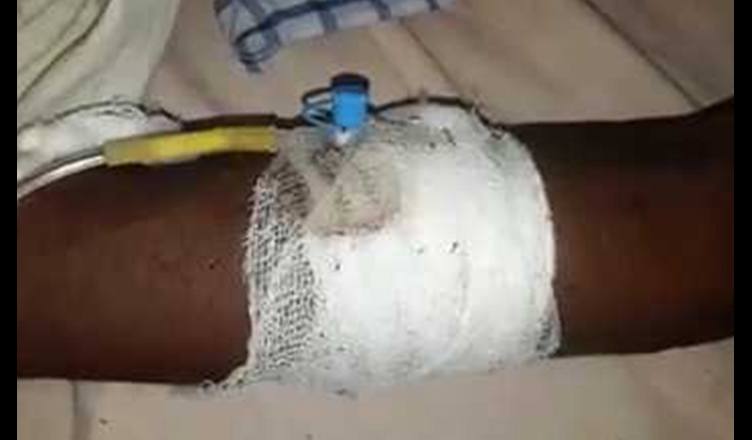 A 30-year-old man had to undergo immense torture before he died. Ants fed on the wounds and bedsores of the man who was found unconscious outside a primary health centre in Chhattisgarh’s Manendragarh on June 28.

Initially, no one bothered to take him inside for treatment. Finally, he was given initial treatment and referred to a hospital which was 50 kilometres away from the health centre.

The man was found in an unconscious state with several injuries and head bleeding.

The ants fed on his wounds for two days, following which he died.

In a video accessed by NDTV, a number of ants can be seen feeding on his wounds. The sight is disturbing and s we advise viewers’ discretion.

Ants can be seen crawling on his bandaged arm at the hospital.

Denying any negligence, the doctors at the hospital said the glucose could have attracted ants to his wounds.

“It’s monsoon and ants are everywhere, even at our homes. There may have been one or two ants on his arm. There were no attendants and we are unable to pay too much attention to a single patient. We had given him glucose which is sweet in nature so the ants must have climbed the bed because of that. But there was no negligence on our part,” The Indian Express quoted Dr Mukesh Kumar Hela, a resident medical officer as saying.

The hospital does not have any information about the man’s family or friends.

This horrible incident reflects the BJP-led state government’s apathy towards healthcare. It can be clearly made out that state Chief Minister Raman Singh’s government is hardly taking any steps towards improving the condition of government hospitals in the state.

It is unfortunate for that man to have undergone so much pain and torture before breathing his last.