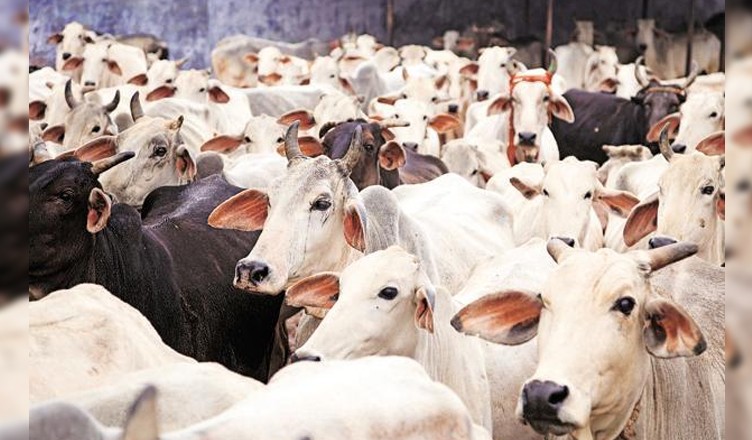 As many as 18 cows died of suffocation over the past few days at a shelter home managed by a village panchayat in Chhattisgarh’s Balodabazar district.

Local officials received information that carcasses of cows were being taken to Rohasi village to be buried there. The information was correct as 18 carcasses were recovered from the village which is 70km from the state capital.

“Preliminary investigation revealed that the cows were locked in a room for the past few days and they died of suffocation,” Balodabazar collector Janak Prasad Pathak told PTI.

It all happened when villagers expressed their concern over stray cattle damaging their crops in fields.

After discussing among themselves, the villagers captured the stray cattle. They locked some animals in a room in a cow shelter, managed by the village panchayat, and tied other cattle in an open area of the shelter home.

However, after a few days nobody turned up to claim ownership of the animals, the villagers released the cattle tied in the open area as they were finding it difficult to provide water and fodder to them. But they forgot about the cattle locked in the room.

After a few days, villagers noticed a foul smell coming from the room on August 3. When they opened the room, the found the animals kept inside dead.

Also read: After Mughalsarai station, airports in Agra, Kanpur, Bareilly may be renamed

Someone informed the local officials when he saw the villagers taking the carcasses for disposal.

The cattle died due to suffocation as they were kept in a room for small days which was not big enough to accommodate 18 animals.

Last year also, the Raman Singh government in Chhattisgarh was criticised over the death of a large number of cows in three state-aided shelters.

Over 200 cows had died in three shelters between August 16 and 18 last year allegedly due to starvation and lack of care.