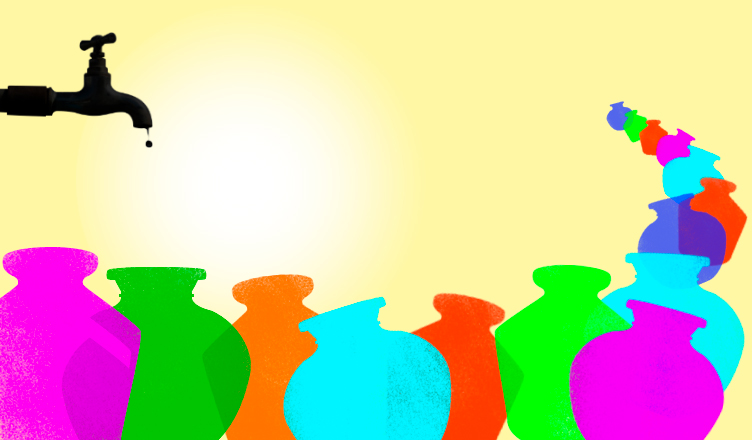 An acute water crisis is being faced by Chennai due to its four reservoirs drying up and low groundwater levels due to insufficient rain.

At least 100 hostels have stopped operations over the past few days and have requested their inmates to leave the premises.

“Each member of our association owns multiple hostels and they are all in serious crisis. Many more hostels are to be closed in the next one or two weeks if the crisis continues,” NDTV quoted K S Manoharan, the secretary of the Chennai Hostel Owners’ Welfare Association, as saying.

Quoting an official of a hotel association, NDTV reported that many restaurants/hotels are facing severe problems in their operations due to water shortage and because of which they are thinking of stopping lunch meals.

Not just this, several IT companies have asked their employees to work from home due to acute water shortage.

The Chennai Metro Water supplies only 525 million litres of water whereas the city requires 800 million of litres of water every day. As a result, a majority of the city’s residents have to depend on private tankers.

What is unfortunate that the water tankers, already expensive, are now available at double the prices. Adding to the woes is the uncertainty of them reaching on time.

The same reason that led to the floods in the city in 2015 is causing the drought now.

Floods were caused due to the rivers overflowing due to unseasonal rains but later nothing was done to store that water which led to it flowing into the sea.

It is shocking to see the state government living in a denial mode and going as far as to saying that the state capital is not suffering a drinking water shortage.