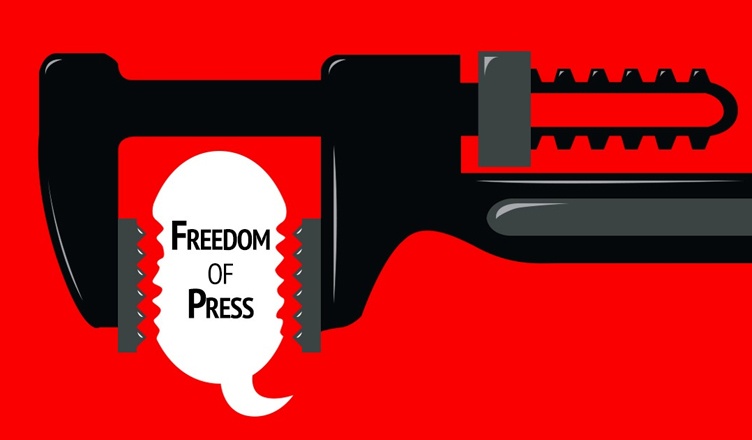 The current ruling dispensation, Bharatiya Janata Party (BJP), which is known more for it endorsement of fake news rather than the work it has done in the past four years, has decided to move one step beyond towards muzzling the voices of the righteous. The Information and Broadcasting Ministry yesterday stated that the press accreditation of journalists accused of propagating fake news will be suspended or permanently cancelled.

What is also to be noted is that 13 Union Ministers of the same government, including I&B Minister Smriti Irani, have tweeted a link to a website along with the comment, “Raise your voice against the fake news.”

Raise your voice against the fake news.https://t.co/5rFdaVKzM7

According to the domain registration and hosting service provider whois.com, the website, http://www.thetruepicture.in was registered last year.

“It shares its landline telephone number with BlueKraft Digital Foundation, which is the “technology and knowledge” partner to Exam Warriors, the latest book authored by Prime Minister Narendra Modi to help children fight exam stress,” reported The Indian Express.

The Indian Express also visited the address in Connaught Place mentioned on BlueKraft’s website, but the two individuals there said they work for BlueKraft but do not run any website of that name.

Imagine the BJP ministers are endorsing a site, the verification and authenticity of which is yet unknown. And on the other hand, they are spearheading the campaign of cancelling accreditation of journalists propagating fake news. I think, they should practise what they preach.