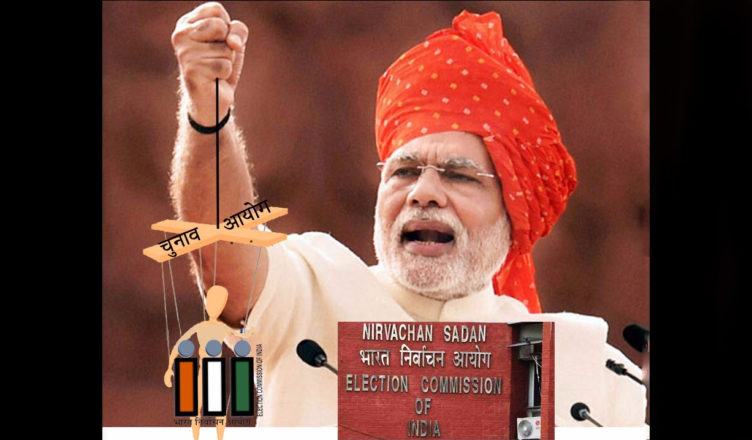 The Election Commission has always been considered as a separate entity, which does not come under any other organisation or institution’s authority, but the recent series of events has put it under scanner.

The BJP made a hue and cry about Congress President-elect Rahul Gandhi for giving an interview to a local Gujarati channel a day before the second phase of Gujarat Assembly elections. On the other hand, the grand old party requested the EC to take an action against the Prime Minister and BJP after Narendra Modi conducted a roadshow after casting his vote in Gujarat.

While the EC ordered lodging of FIRs against the news channels that aired Rahul Gandhi’s interview and served him a show-cause notice, it has still not initiated any action against the Prime Minister for violating the model code of conduct. Why?

Well, the present events kind of affirm the opposition’s accusation and compel one to think that the EC is no more a separate entity but has become BJP’s puppet.

The BJP is slowly destroying all institutions in India, institutions which have stood the test of time and which were built on certain principles – principles of a secular and democratic India.