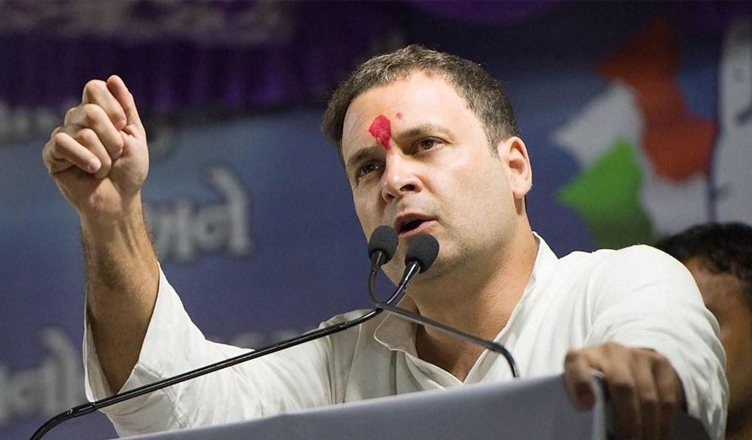 “Modi Ji has destroyed the banking system. Nirav Modi fled with Rs 30,000 crore & PM didn’t utter a word. We were forced to stand in queues as he snatched 500-1000 rupee notes from our pockets & put in Nirav Modi’s pocket,” ANI quoted Rahul Gandhi saying.

Modi Ji has destroyed the banking system. Nirav Modi fled with Rs 30,000 crore & PM didn't utter a word. We were forced to stand in queues as he snatched 500-1000 rupee notes from our pockets & put in Nirav Modi's pocket: Rahul Gandhi on Cash crunch pic.twitter.com/5vsKsBHxr0

The Congress President also tweeted about the same, pinning the blame on Prime Minister Narendra Modi, who instead of working for the general public, helped his capitalist friends.

After Bihar and Gujarat, other states including, Andhra Pradesh, Karnataka, Uttar Pradesh, Madhya Pradesh, Telangana, and Chhattisgarh are facing the problem of cash shortage. People are facing difficulty in withdrawing cash from ATMs as either the machines are not dispensing any cash at all or they are out of order.

However, Finance Minister Arun Jaitley said tweeted saying that the ‘temporary shortage’ will be ‘tackled quickly,’ the problem does not seem to be ending any sooner. “Have reviewed the currency situation in the country.  Over all there is more than adequate currency in circulation and also available with the Banks.  The temporary shortage caused by ‘sudden and unusual increase’ in some areas is being tackled quickly,” Jailtey tweeted.

The Finance Ministry’s Department of Economic Affairs also issued a statement. It said, “Govt of India would like to assure that there have been adequate supply of currency notes which have met entire demand so far. It would also like to assure it would be supplying adequate currency notes to meet even higher demand in coming days/months. Govt is taking all steps to ensure that ATMs are supplied with cash and to get non-functional ATMs normalised at the earliest.”

What should we call this? Demonetisation Part 2? The name demonetisation still shakes the common man from within, because it reminds him of all the struggle and pain he had to undergo when Prime Minister Narendra Modi banned Rs. 500 and Rs. 1,000 notes on November 8, 2016.