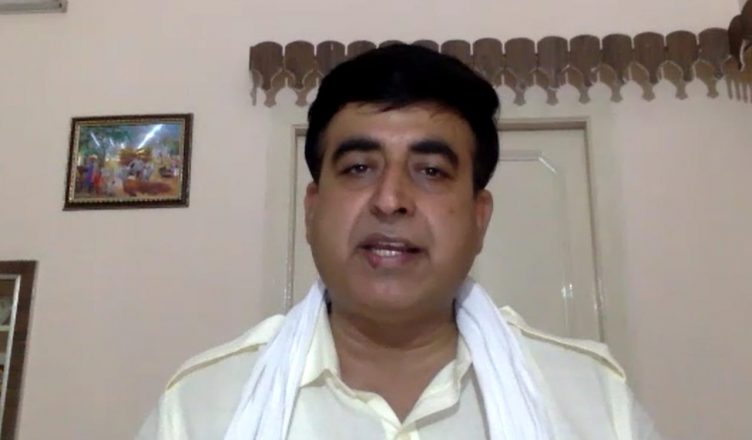 Interacting with the Indian diaspora in the United Kingdom over a Zoom conference, Captain Sandeep Sandhu, a close aide of Punjab Chief Minister, Captain Amarinder Singh, lauded the endeavours of expats in the development of India. Captain Sandhu was a guest of the ‘Our Heroes, Our Pride’ series of the Indian Overseas Congress, UK chapter, which brings together leaders from all facets of Indian society and the Indian diaspora in the UK to interact and ideate about how to enhance India’s development prospects.

Captain Sandhu was introduced to participants by the Indian Overseas Congress (IOC), UK president Kamal Dhaliwal and the session was moderated by the Vice President Gurminder Randhawa. Participants discussed several aspects of development ranging from enhancing technology and R&D facilities in India, to the perils of politicization of education.

Tina Bakshi, who leads the IOC, UK’s women’s welfare & culture wing, asked why despite India being the largest electoral democracy in the World, there is entrenched, deep inequity, where women don’t truly enjoy their rights. Responding to her question, Captain Sandhu felt that despite there being legislative efforts, including gender based affirmative action to ensure a level playing field for women, societal attitudes haven’t kept pace with the changing times.

Dr. Sonia Heldestad, who heads the women’s team of the IOC, (Europe) congratulated the Punjab government for the successful implementation of Mission Fateh to contain the spread of Covid-19 pandemic. Mission Fateh is a public awareness campaign which includes an array of activities. The objective is to make the people aware of precautionary measures taken by the government and the health department to prevent the spread of the pandemic. Dr. Heldestad, shared some feedback which Captain Sandhu took note of. He went onto explain how under the BJP government federalism has been undermined with the states often facing fiscal injustice.

Several participants felt that interacting with leaders via video conferencing brings them closer to the realities back home in India and thereby motivates them to do their bit in contributing to India’s development. The efforts of Indians abroad were deeply appreciated by Captain Sandhu who said that despite living abroad, expats have an integral part to play in India’s development.