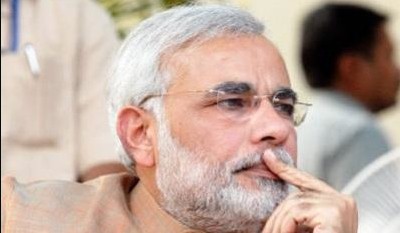 Rising contemptuously over clusters of slums and shanty tenements of the poor of Gujarat are fraudulent private cronies, riding the rockets of PSU loans and crooked government sanctions. This is the truth behind the much fabled “Gujarat model” that PM Narendra Modi used to tout in the run-up to 2014 elections.

As Gujarat goes to polls, it is worth taking note anew of what this “model” has cost the state.

• Across multiple reports for Gujarat, the CAG has slammed the government of financial irregularities and misallocation of Public Sector Undertakings (PSUs) worth Rs. 16,000 crore, coupled with undue favors to a select few.

• Poor management and faulty agreements on the exploration of oil and gas in the Krishna-Godavari Basin alone cost the exchequer over Rs. 5,000 crores.

• Exposing the mischievous public-private nexus, the report said the GSPC purchased natural gas from the spot market at the prevailing prices and sold it to Adani Energy at a fixed price much lower than the market price, benefiting the private company to the tune of over Rs. 70.54 crores.

• To the Essar Steel, the corporation extended undue benefits of over Rs. 12.02 crore by way of waiver of capacity charges, contrary to the provisions of the gas transmission agreement.

• According to the report, despite investing a hefty sum of Rs. 62,929 crores in statutory corporations, government companies, rural banks, joint stock companies, cooperative institutions and local bodies, the Gujarat government received only Rs. 90 crores as a dividend from PSUs in the financial year 2014-15.
• According to Congress leader, Mr. Shaktisinh Gohil with the CAG estimating financial irregularities to the tune of over Rs. 16,000 crores in its latest report, the total misappropriation during Mr. Modi’s tenure crossed Rs. 43,000 crores.

This is the reality of the model crafted by Mr. Modi that benefits just a handful of industrialists, as repeatedly pointed out by Congress Vice President Rahul Gandhi in his campaign trail.

This election, the people of Gujarat have made up their mind to punish the BJP for 22 years of its misdeeds in the state.

Indeed, it is time for a ‘navsarjan’ in Gujarat.