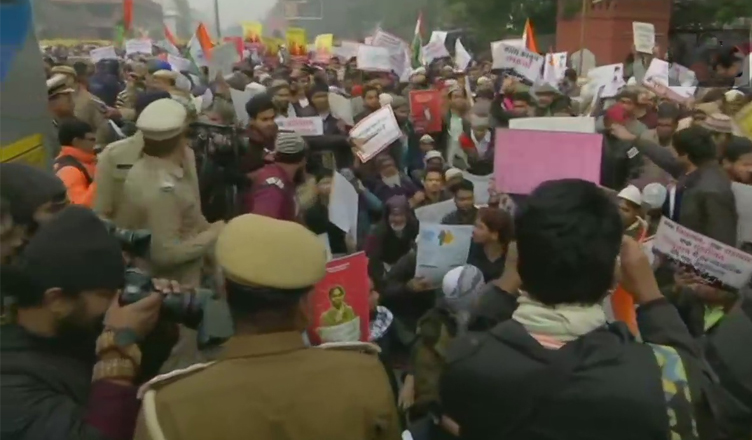 Protests against the Citizenship Amendment Act (CAA) are being witnessed across the country, Delhi being its epicentre.

Section 144, prohibiting assembly of more than four people in an area, has been imposed in Uttar Pradesh and Karnataka. The Bharatiya Janata Party (BJP) is in power in both the states.

Protests are being witnessed in Madhya Pradesh, Chandigarh, Patna and many other places.

Also read: Why should I prove I am Indian, won’t sign NRC: Chhattisgarh CM Bhupesh Baghel

Delhi has been witnessing massive protests since the day the CAA was passed.

As many as 18 metro stations including, Patel Chowk, Lok Kalyan Marg, Udyog Bhawan, ITO, Pragati Maidan, Central Secretariat, Khan Market, Vasant Vihar and Mandi House are closed. Trains will not be halting at these stations.

The Citizenship (Amendment) Bill (CAB), 2019 was passed by the Parliament last week and became an act after receiving assent from President Ram Nath Kovind.

2 thoughts on “CAA rocks India: Protests witnessed all over country”