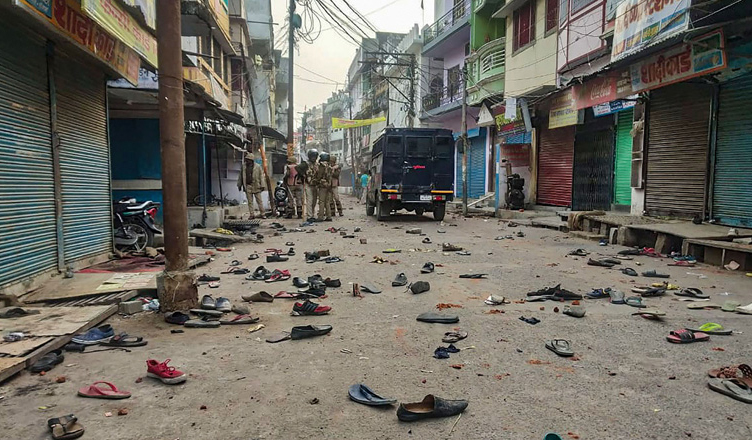 Fourteen of the sixteen people who were killed during protests against the Citizenship (Amendment) Act over the last four days in the state of Uttar Pradesh, died due to “firearm injuries”, The Indian Express reported on Monday.

Of the other two, one died due to head injuries in Firozabad while the other, an 8-year-old boy lost his life in a stampede in Varanasi, when a violent mob was being chased by police personnel.

Faraz Khan, Faiz’s brother, told The Indian Express, “He was shot in the abdomen, there are over a dozen eyewitnesses and the police know who can shoot from the front. Once the post-mortem report is given to us, we will know if he died in police firing.”

“Aftab told me that police had fired on him,” Aftab’s brother-in-law Mohammad Rizwan told The Indian Express.

Saif’s brother Mohammad Zaki told The Indian Express, “Eyewitnesses told us that my brother was shot by police.”

Bijnor SP Sanjeev Tyagi told The Indian Express that Anas and Suleman died due to firearm injuries sustained during clashes in the Nahtaur area.

One thought on “CAA protests in Uttar Pradesh: 14 of 16 killed succumbed to bullet injuries”