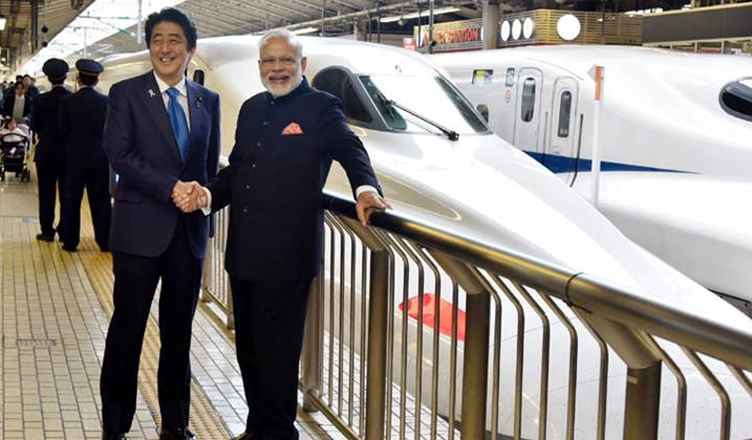 The representatives of Japan International Cooperation Agency (JICA), which is funding the 1.08 lakh crore bullet train project between Mumbai and Ahmedabad, met farmer leaders and environmentalists in Surat on Saturday and were shocked after they were told by the latter that the Modi Government did not follow proper land procedures for acquiring land.

Hundreds of Gujarat farmers and villagers met JICA representatives and intimated them about how the Central and state governments are flouting the JICA guidelines.

“We showed all the documents to the JICA officials, including the petitions and affidavits filed by the affected farmers in the High Court… We informed them that over 2,200 farmers in 192 villages spread across eight districts of Gujarat have been affected by the bullet train project. The Gujarat government did not listen to their issues and the declared compensation is so less that with that money they cannot purchase another agricultural land in nearby area for livelihood,” Khedut Samaj Gujarat president Jayesh Patel told The Sunday Express.

“We showed them pictures and newspaper cuttings of arrest of farmers by police, when the land acquisition officials turned to the fields for measuring land. They (JICA officials) were shocked to find that the government did not held talks with the affected farmers over land acquisition, and teams were sent directly to the fields for marking the land,” Patel further said.

“JICA officials were shocked that the true picture of farmers were not shown to them and the information they received from the government on land acquisition was totally different. Matsumoto told us that he would put up the issues of farmers, in terms of compensation, social and economical impact, rehabilitation and resettlement and environmental issues, before the top authorities of JICA, ” he added.

Around 1,434 hectare of land has been estimated for this rail project, out of which 1,081 hectare falls in Gujarat.