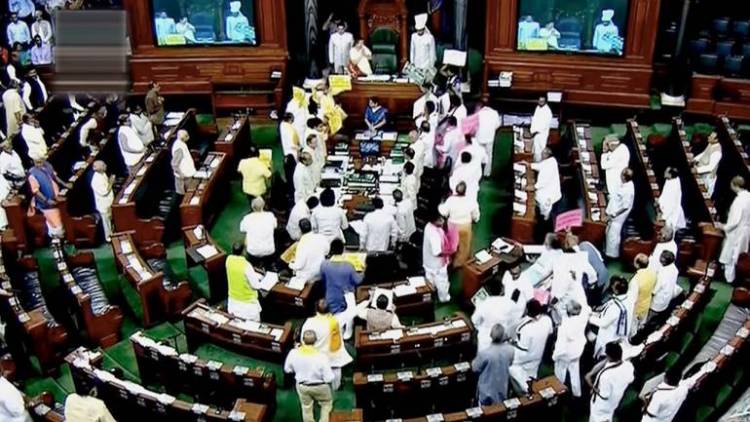 In a huge embarrassment for the ruling Bharatiya Janata Party, a legislative research body’s report has stated that the Budget session which ended on Friday was the least productive since 2000. This clearly depicts the government’s inefficiency in managing a parliament session and the resentment which is there in the opposition as their demands remain unheard. According to Parliamentary Affairs Minister Ananth Kumar, the productivity of the complete Budget session was 23 percent for the Lok Sabha and 28 percent for the Rajya Sabha.

The data provided by the Parliamentary Affairs Minister showed, that on the one hand, where the sittings for the Lok Sabha and Rajya Sabha in the first session were just seven and eight respectively, on the other hand, due to daily disruptions and adjournments in the part II of the session the productivity of the Rajya Sabha and Lok Sabha took a deep dive to only eight percent and four percent respectively.

If the report of the PRS Legislative Research is seen, then it says the Lok Sabha worked for only 21 percent of its scheduled time whereas the Rajya Sabha for 27 percent during the session.

Also read: Budget 2018 turns out to be hopeless for farmers, middle-class

It is a matter of shame for the government which failed to ensure a proper session. It should have cooperated with other parties and ensured that their demands are heard. This was also the first time a notice to move no-confidence motion was given in the 16th Lok Sabha.

A session, which could have been made successful by having cordial discussions was ruined due to disruptions and adjournments.