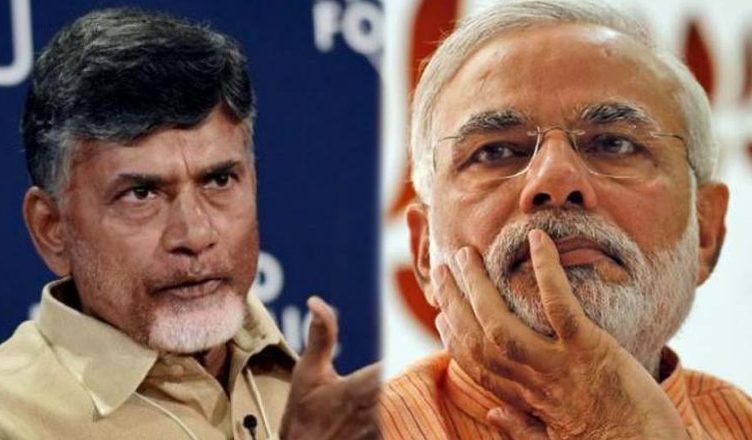 One after the other, BJP is getting major blows either in the form of defeat by-polls or their allies withdrawing their support. Now, the Telugu Desam Party (TDP) on Friday quit the National Democratic Alliance. The reason being, the Union Government’s reluctance to grant the Special Category Status (SCS) to Andhra Pradesh.

The TDP is also set to support a no-confidence motion being moved by Jagmohan Reddy’s YSR Congress Party against the Narendra Modi government over the SCS. The TDP has 16 members in the Lok Sabha.

This is the second major move taken by the TDP in last 10 days. On March 8, TDP pulled out its two ministers from the NDA government over the same issue. However, it had stopped short of walking out of the alliance.

Andhra Pradesh Chief Minister and TDP president Chandrababu Naidu had tried to reach out to Prime Minister Narendra Modi but he “did not come on the line”. He also said that he visited Delhi 29 times to press the same issue of special status but to no avail. “I went to Delhi 29 times, met Prime Minister and Central Ministers and requested them to fulfill our demands,” Naidu said.

It comes as a huge psychological blow to the BJP, especially at a time when it is trying to make its position in the south. BJP’s other allies seem to be undergoing the same dilemma after the saffron party’s huge defeat in Uttar Pradesh and Bihar bypolls.

Yesterday, Naidu addressed his party parliamentarians in Delhi following the UP and Bihar bypoll results and said that the result reflected an anti-Modi and anti-BJP wave.

Naidu is also believed to be upset with Jana Sena Party founder Pawan Kalyan’s attack on his government and allegation of corruption against Naidu’s son and IT Minister Nara Lokesh, which some senior TDP leaders suspect to be BJP’s doing.

With allies such as Shiv Sena openly criticising the NDA and now, TDP withdrawing its support, the battle for BJP seems to be a tough one. It remains undisputed, that the 2019 Lok Sabha elections would not be a cakewalk for the BJP.