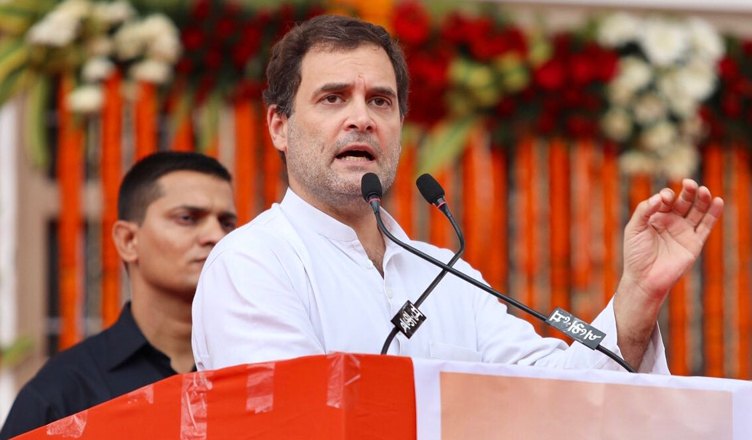 Launching a scathing attack on the Modi government, Congress President Rahul Gandhi on Friday said that the saffron party’s model is to lie and encourage others to lie.

“PM Modi made a woman in Chhattisgarh lie about doubling her income. This is BJP’s model. Lie and encourage others to lie,” Gandhi said in Chhattisgarh’s Raipur.

The Congress Chief targetted PM Modi on various issues such as unemployment, crimes against women and Rafale scam.

“When asked about jobs, PM Modi says make pakodas. Things are so bad, that even Union Minister Nitin Gadkari asked, “Where are the jobs?”” Gandhi said.

“When women are raped in Uttar Pradesh, why does Narendra Modi not utter even a single word? When small girls are raped in Bihar, why does he not speak up?” asked Gandhi.

Hitting out at the BJP government over the much-talked about Rafale scam, Gandhi said that Narendra Modi himself snatched the contract from HAL and gave it to a friend of his.

Highlighting the dismal condition of Chhattisgarh, Gandhi said that the state is being ruled by the Rashtriya Swayamsevak Sangh (RSS).

“BJP’s remote control is in the hands of the RSS. In fact, Chhattisgarh is being run from Nagpur,” he said.

Assuring that if the Congress comes to power in Chhattisgarh, Gandhi said the party would work towards the betterment of women, Adivasis, youth and farmers.

“I want to tell the people of Chhattisgarh that the Congress party will come to power in Chhattisgarh and whoever will become our Chief Minister if he does not fight for the tribals, farmers, youth and women, he will not be able to remain as the Chief Minister even for one day,” Gandhi said.

He also interacted with party leaders and workers later in the day.