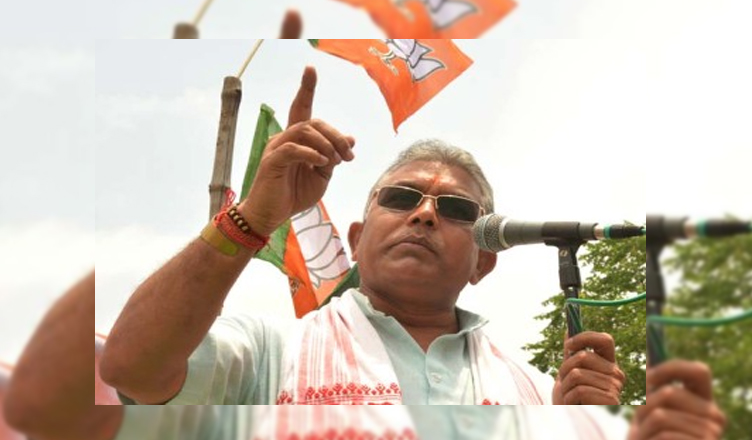 Bharatiya Janata Party’s West Bengal chief Dilip Ghosh was recently mired into a fresh controversy after he said that the leaders of the ruling party in West Bengal would soon be in jail or killed.

According to NDTV, while speaking at Jalpaiguri 600 km north of state capital Kolkata on Tuesday, Ghosh said, “Every bullet will be made to count. Leaders who indulge in hooliganism in Bengal will soon either be in jail or straight away there will be an encounter”.

What is even more shameless is his brazenness. After the Jalpaiguri police filed a case against Ghosh, he seemed absoutely unconcerned about it and said “There are already many cases against me. What does it matter if there is one more?”

Ghosh is known for political threats. In the past, he threatened to behead those shouting anti-national or Pro-Pakistan slogans. Earlier, he has also said that the fight for the local body elections would not end at polling stations but would reach crematoriums.

Post the BJP’s decision to demonetise old Rs. 500 and Rs. 1,000 notes, Ghosh has said that the saffron party could drag West Bengal Chief Minister Mamata Banerjee by her hair and throw her out for opposing this decision.

BJP chief Amit Shah is to visit the state next week. At such a time and with the backing of leadership, such people spew as much venom as they could, without having any fear.

Anyway, such a statement coming from a BJP leader is unsurprising as the Prime Minister from the same party had once called its opposition leader a cow.

One thought on “BJP’s Dilip Ghosh’s open threat to Trinamool: Every bullet will be made to count”