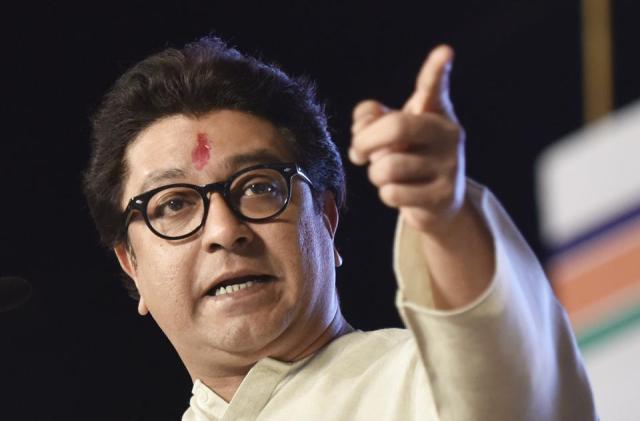 Yes, BJP has turned into an event management company and Modi is performing gimmicks to win elections. We are not saying this, but Raj Thackeray is.

Voicing opposition over various issues, Raj Thackeray said he objects to BJP’s forceful imposition of Hindi. He also said that gangster Dawood Ibrahim wants to come back to India and is negotiating terms with the Centre.

“As per my information, Dawood himself proposed the deal, and talks are on with Delhi. Don’t expect me to reveal my source. Dawood is only part of a grander scheme. I think they will not hesitate to wage war against Pakistan or incite communal riots. What else do they have in hand to win elections?” Thackeray said in an exclusive interview to The Hindu.

From GST to Aadhaar, from demonetisation to the promise of giving Rs. 15 lakh to every citizen was termed as a “jumla” by the MNS chief.

He also raised his eyebrows over EVM tampering row, and said the media is sold as the financial strings of their owners are in the hands of the BJP.

Talking about the Doklam issue, Raj Thackeray said nobody knows as to what the outcome was and that it was nothing but a way to divert attention.

Japanese Prime Minister Shinzo Abe’s recent visit to Gujarat is seen by the MNS chief as another gimmick by Modi to score in the upcoming state assembly elections.

Yes, BJP is corrupt. If it not, then from where does all the money for advertising, election campaigning come from? And why is media hesitant in exposing their scams?

Seeing all these drawbacks and blunders, Raj Thackeray, who once supported Modi, is bound to oppose BJP’s policy.