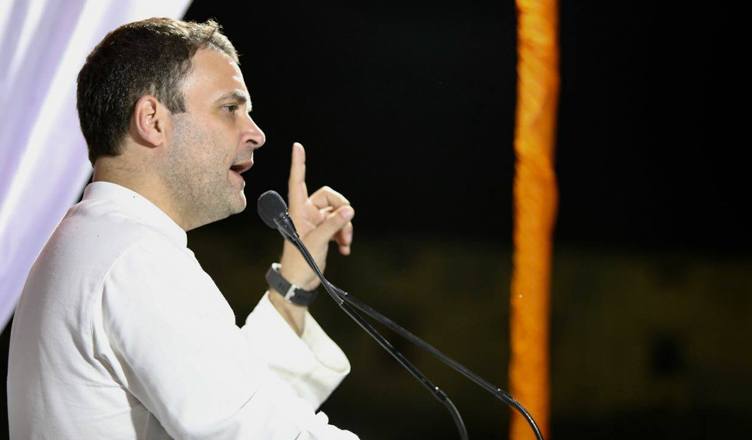 Congress President Rahul Gandhi, who is on a three-day visit to Amethi and Raebareli, hit out at Prime Minister Narendra Modi-led BJP Government and blamed it for taking away the big projects that he had lined up for Amethi. But, being a responsible Member of Parliament, representing Amethi, he ensured that the city would catch up soon. He said that Amethi would develop so much in 10-15 years that people would talk about it while talking about city-state of Singapore and California in the United States.

The Congress President also promised to bring back a few projects, including the food park. He reiterated what he always says, “Unless youths are employed, the country will not progress up to mark”. For him, youth are the future and have the capability of changing the nation, and thus, he always focuses on employment, jobs, and development of youth.

While addressing a gathering in Amethi, Rahul Gandhi also targeted Prime Minister Modi over his habit of taking pot shots at the Congress every time. He drew a sharp contrast between former prime ministers Jawaharlal Nehru and Atal Bihari Vajpayee who used to speak about the future and current Prime Minister Narendra Modi who only looks to the past and spreads hatred.