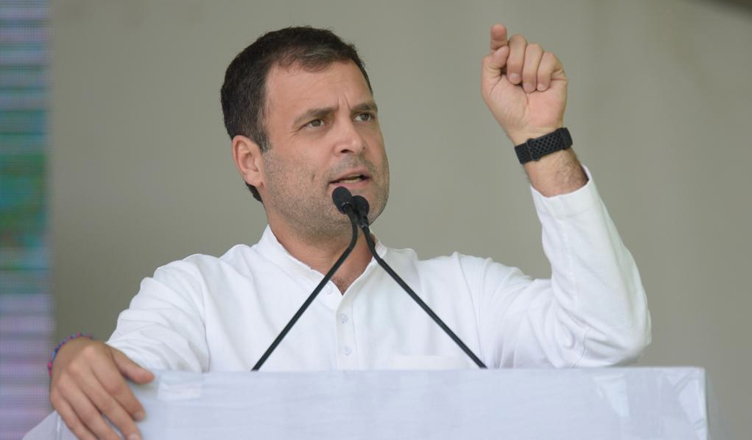 “Today we are facing an ideological battle. BJP-RSS spread hatred and we govern with love and affection,” Gandhi said.

Gandhi further said that hatred is just another face of fear and BJP-RSS show hatred in order to hide their fear.

“Hatred is just another face of fear. We do not hate because we do not fear. BJP-RSS show hatred to hide their fear,” he said.

Gandhi also launched Seva Dal portal. sevadal.org. in Rajasthan’s Ajmer and said that it needs to be strengthened.

“Congress Seva Dal is the Congress party’s first line of defence. You are the backbone of our organisation. I want to assure that you will receive the honour that you deserve. We need to start a new beginning. Congress Seva Dal needs to be strengthened. We should understand that we cannot fight BJP’s hate with hate. I hugged Mr. Modi to remove that hatred,” the Congress chief said.

Continuing his attack on the BJP, Gandhi said that the BJP-RSS believe that India is a product that should benefit a handful of their richest friends.

“We believe that India’s progress is the result of hard work of our farmers, labourers, women and youth. BJP-RSS believe that India is a product that should benefit a handful of their richest friends. We waived off farm loans in Rajasthan, MP, Chhattisgarh, Karnataka and Punjab, whereas Mr. Modi waived off loans worth ₹3,50,000Cr of people like Anil Ambani, Nirav Modi, Mehul Choksi,” he said.

The Gandhi scion further said that by saying that India was a sleeping giant before 2014, PM Modi has insulted the people of the country.

“Mr. Modi says India was a sleeping giant before 2014. He means that Pandit Nehru, Dr. Ambedkar, our farmers, small businesses did not do anything before him. He is not insulting Congress by saying this, but insulting the people of this country,” Gandhi said.