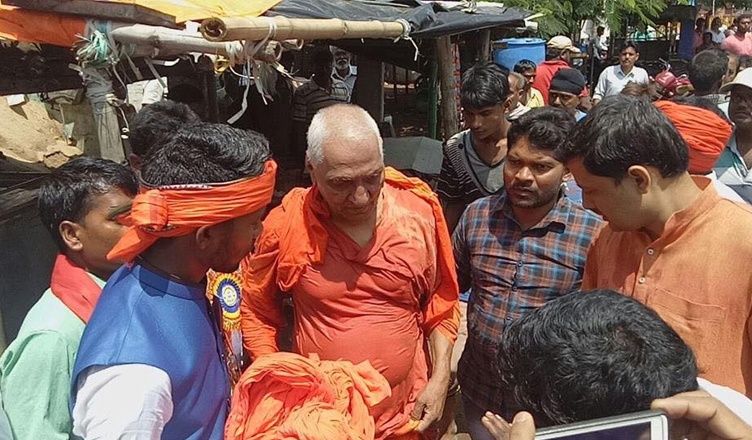 After Swami Agnivesh was attacked last Tuesday by a mob in Jharkhand’s Pakur town, the activist had said in an interview that the attackers belonged to Bharatiya Janata Party (BJP), Rashtriya Swayamsevak Sangh (RSS) and Bajrang Dal.

Indeed, the claim made by Swami Agnivesh stands true.

The Indian Express in its article has reported that after its team visited Pakur, it discovered that all of the right names mentioned in the FIR were directly linked to BJP, its affiliates and RSS.

One of key reasons behind this attack is believed to be Agnivesh’s outreach to the tribal population in the region which caused resentment in Sangh outfits here.

BJP’s affiliate Bharatiya Janata Yuva Morcha (BJYM) state chief Amit Singh claimed that no one from their outfit was indulged in the attack, but this also turns out to be a blatant lie.

The Indian Express mentioned the names of the eight persons accused and their affiliation with the above-mentioned parties and organisations.

They are as follows:

Anand Tiwari: A member of the state BJP’s Kisan Morcha, according to a local office-bearer of the party.

Balram Dubey: A BJP worker, works as a civil contractor, according to a party office-bearer.

The following names along with their designations clearly prove that the attackers belonged to the saffron party, its affiliates and the RSS.

It is nothing new. The BJP has a tendency to oppress those who tend to indulge in activities which oppose their ideology.