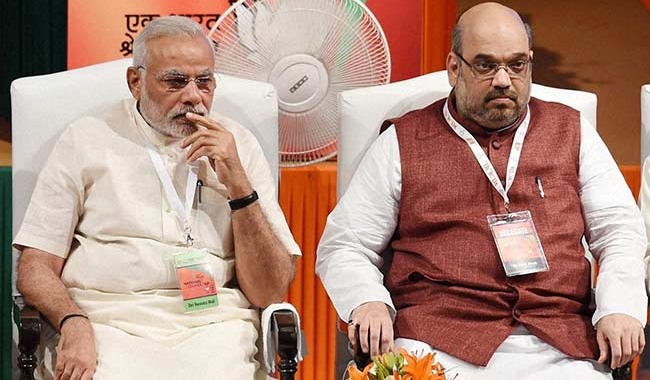 The results for the Gujarat and Himachal Pradesh Assembly elections were announced yesterday, with BJP making twin victory in both the states.

Far from even achieving a three-digit number, the BJP only managed to get seven seats more than the minimum required to form the government.

Seeing the past results, BJP has put up its worst performance in the past 22 years, or should we say that the Congress is reviving.

The wafer-thin margin with which the BJP marked its victory affirms that the Congress is all set to make a comeback very soon.

The BJP has been able to just survive in Gujarat. With Congress giving them a tough fight, the tension was prevalent in the BJP.

With this, Rahul Gandhi has emerged as the principal challenger, which also shows a difficult path for the BJP ahead in the run-up to the 2019 Lok Sabha polls.

The Congress President must be feeling vindicated by his decision to induct Hardik Patel, Alpesh Thakore and Jignesh Mewani, which helped the Party to achieve the highest seat tally since 1985.

Also, BJP’s defeat in Modi’s hometown Vadnagar and Amit Shah’s Mansa asserts that the scenario will no longer remain to be the same.

Inspite of Modi playing the saffron and Pakistan card, the people of Gujarat were smart enough to vote rationally. However, BJP still managed to restore its position in Gujarat. After all, it takes lot of efforts to dethrone a party which has been in the ruling position in a state since 22 years.

But, after the result, one thing is clear – that the Congress’ spirits have revived and that the party under the leadership of Rahul Gandhi is confident enough to make its mark in the upcoming state elections.