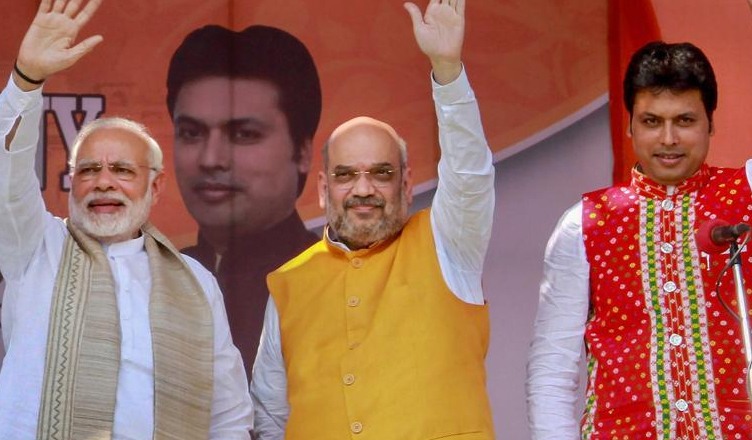 The BJP led Tripura government has proposed to introduce Hindi as a medium of news on all television channels. Kokborok, Tripura’s second official language since 1978, will be replaced by Hindi. This move is to promote nationalism and so that people from outside the state can understand the news as well.

The Community Party of India – Marxist (CPI-M), the main opposition party in Tripura has condemed this proposal. “Hindi may be promoted, but the regional and tribal languages should also be given due importance and recognition. We strongly oppose the proposal,” Bijan Dhar, CPI(M) state secretary told the media.

Kokborok was introduced as one of the official languages of Tripura by the first left front government’s Chief Minister Nripen Chakraborty in 1978 and is the official language of the indigenous tribals. Tapas Dey, the Vice President of Tripura Congress called the move anti-tribal and accused the BJP of taking an undemocratic decision. The proposal was announced on the 6th of April but the state government was silent.

Bishnupada Das, the Director of the Information and Cultural Affairs Department, said that news would continue to be read in Kokborok.

BJP spokesperson Mrinal Kanti Deb said that an official notice had not yet been issued but Hindi would have to be introduced to Tripura so it could be in the “same group as other major states.”