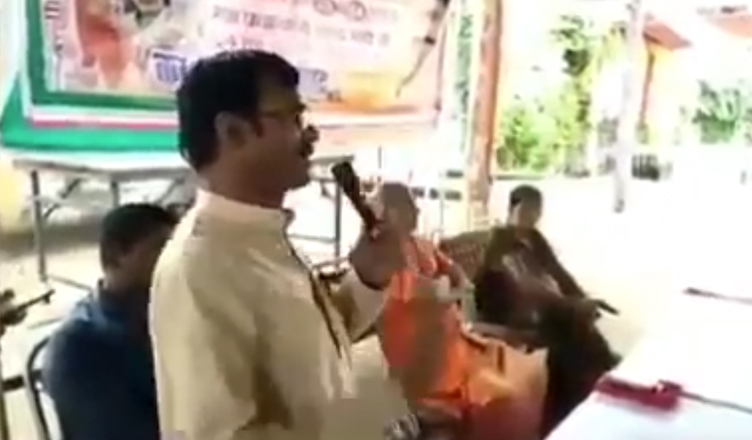 Following the BJP-led NDA government’s announcement to revoke Article 370 and dividing the state of Jammu and Kashmir to two union territories, BJP MLA from Khatauli in Muzaffarnagar Vikram Singh Saini used the same to trigger a controversy. What can be called as a sexist comment, the MLA said that BJP workers were “excited” as they will now be able to marry “fair Kashmiri girls.”

“Karyakarta bahut utsuk hai aur jo kunwaare hai, unki shaadi wahi karva denge, koi dikkat nahi hai. Kya dikkat hai? Pehle wahaan mahilaon par kitna atyachar tha. Wahaan ki ladki agar kisi Uttar Pradesh ke chorey se shaadi kar le, toh uski nagrikta khatam. Bharat ki nagrikta alag, Kashmir ki alag… Aur jo Muslim karyakarta hai yahaan par, unko khushi manani chahiye… Shaadi wahaan karo na, Kashmiri gori ladki se. Khushi manani chahiye. Poore chahe Hindu, Musalman koi ho. Yeh poore desh ke liye utsah ka vishay hai. (The workers are very excited and those who are bachelors, they can get married there. There is no issue now. Earlier, there was lot of atrocities on women. If a woman from there [Kashmir] got married to a man from Uttar Pradesh, her citizenship would be revoked. There was different citizenship for India and Kashmir. And the Muslim workers should celebrate here. Get married there. To a fair Kashmiri girl. There should be celebrations. Everyone should celebrate… Be it Hindu or Muslims. This is something the entire country should be celebrating),” the MLA can be heard saying in a purported video that went viral.

Also read: Article 370 revoked: Over 500 leaders and workers detained in Jammu and Kashmir

When The Indian Express asked Saini about his remarks, he said there was nothing wrong in what he said. “Now anyone can get married to a Kashmiri girl without any issue. That is all I said and it is the truth. This is freedom for the people of Kashmir. That is why we organised the event Tuesday. Now, Kashmiris have attained freedom,” Saini told The Indian Express.

One thought on “BJP MLA’s shocker, says now anyone can get married to fair Kashmiri girls”