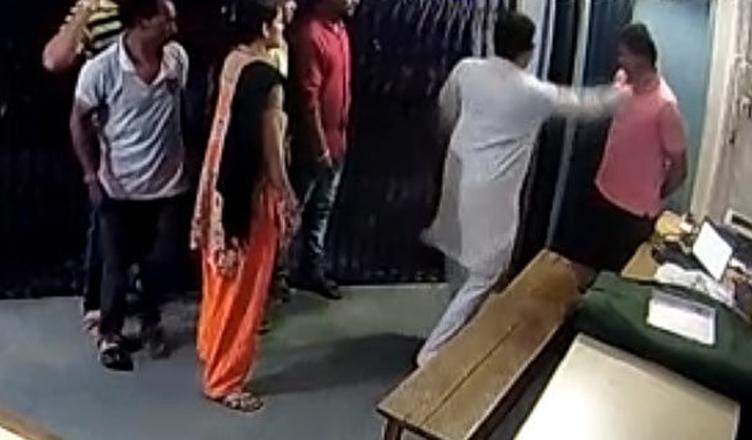 BJP MLA from Bagli, Champalal Devda was seen on CCTV slapping constable Santosh Ivanti inside the district police station in Udaynagar, Madhya Pradesh. The MLA’s son was involved in a dispute with police constable which caused the MLA to storm into the police station and slap the constable twice. The MLA’s supporters accompanied the MLA. The incident took place on Thursday night.

There has been a case registered under sections 353 – preventing a government servant from discharging his duty and section 332 – assaulting a public servant and other relevant offenses, against the Devda and his supporters.

The MLA is not available for comment but district spokesperson for the BJP, Shambhu Agarwal said that MLA Devda was not known to behave in this way. He said he would withhold any comment or statement until after an impartial probe had been conducted.

The BJP’s habit of resorting to physical and verbal assault every time someone disagrees with them has been seen several times in the past. MLA Devda is clearly no exception. In the land where minorities and Dalits are beaten and killed on rumours and corruption is commonplace, incidents such as these are not surprising. Even though this was an assault on a police officer this is, sadly behaviour we can expect from the ruling party, its leaders and the many thugs that follow their ideologies.