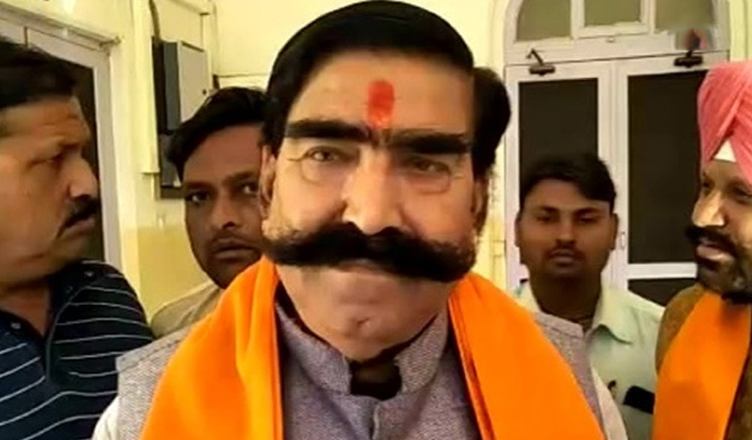 In a shocking incident, BJP MLA from Ramgarh Gyan Dev Ahuja on Wednesday demanded the release of the three accused in the case related to the lynching of 28-year-old dairy farmer Rakbar Khan’s on suspicion of smuggling cows for slaughter.

His statement comes after state Home Minister Gulabchand Kataria ordered a judicial inquiry into Rakbar’s death considering it a case of ‘judicial custody’.

“The home minister has acknowledged that Akbar alias Rakbar Khan, who was accused of cow smuggling, died in police custody. It was repeatedly said by the MLA that he was not killed by the people and he died in police custody. When the home minister has admitted the fact of the custodial death, why innocent cow vigilantes and villagers are being made accused?” a statement issued by Ahuja’s office said.

Apart from demanding the release of the arrested persons, the MLA also had the audacity to demand the arrest of the second person, Aslam, allegedly accused of cow smuggling.

A day after 28-year-old Akbar Khan was attacked by a mob on suspicion of smuggling cows in Alwar’s Ramgarh town, the functioning of the Rajasthan Police came into question.

The allegations that the Police not only took 3 hours to cover a distance of 4 kilometres in taking the victim to a hospital, but also stopped for tea in between as well as also thrashed the victim have raised serious questions about its manner of functioning.

Even after reaching the incident spot at around 1.15 am, the police reached the health centre at 4 am.

It has also been alleged that the police first took the two cows that the victim was carrying, to a cow shelter and then took the victim to the Ramgarh community health centre. Unfortunately, he was declared dead on arrival at the health centre.

One of the eyewitnesses has alleged that she saw the police kicking a man (Khan) lying in a pool of mud and blood.

Victim’s father, Suleiman demands justice for his son and wants that the perpetrators be brought to justice at the soonest.