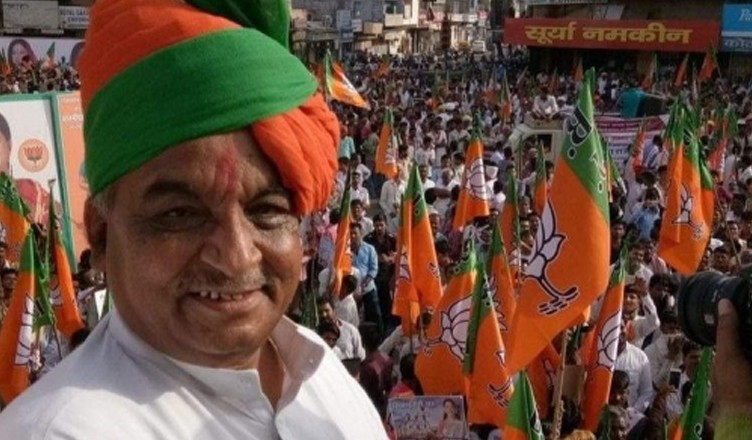 BJP MLA from Rajasthan Arjun Lal Garg advised the Dewasi community to stop peddling drugs and instead peddle gold since it is an easily bailable offense. This ‘advice’ was given to the community as they have a high rate of incarceration for crimes under the Narcotic Drugs and Psychotropic Substances Act of 1985 and many were in imprisoned in Jodhpur jail as a result.

While Garg began his speech suggesting that the youth should stay away from evil practices because the youth were being badly affected by drug addiction, he went on to say that smuggling gold was more easily available.

“If you wanted to do some no. 2 (illegal) business, do the business of gold. Prices of both are the same but it was safer to do gold business than drugs,” he said.

Speaking to the older people in the community he asked for a pledge that they would stop their illegal drugs trade and shift to gold instead alleging that if someone was caught with gold, it would be a matter of pride.

Garg made this absurd suggestion while addressing a gathering at the consecration ceremony of a temple in the Jaitawas village in Biara on the 7th of May. Seers and representatives of the public were there in large numbers making it all the more strange that he would say such things. The video of Garg making these statements went viral.

As employment opportunities in India are at an all-time low and the government is failing miserably in its attempts to create new jobs, perhaps this like Mr. Modi’s ‘pakoda’ suggestion is just the BJP’s way of helping the youth get on their feet. With a party full of lawmakers with criminal records, perhaps the BJP doesn’t think that a community engaged in crime is such a bad thing.