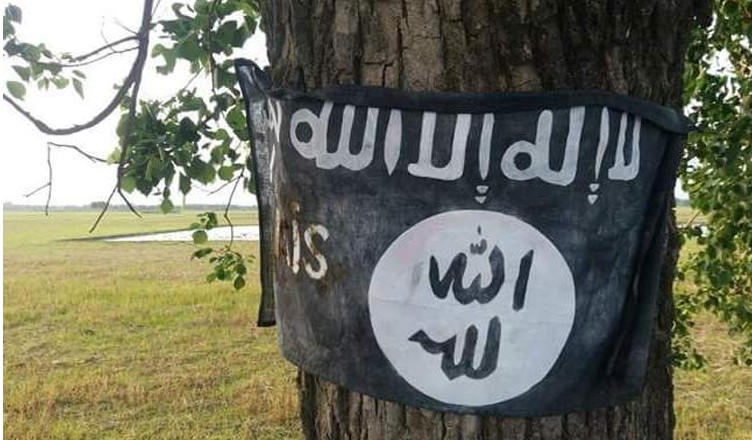 Six members of the Bharatiya Janta Party (BJP) were detained for questioning on charges of sticking an ISIS recruitment flag to a tree in Assam. On the 3rd of May, villagers from the Belsor area in Nalbari district found an ISIS flag in Arabic stuck a tree with the message “Join the ISIS.” A day earlier six similar flags were found with a message “ISIS NE” in the Assam’s Goalpara district.

Police in the area took down the flag and on the 7th of May, acting on a tip the police in Nalbari picked up the BJP members for their role in allegedly sticking the flag to a tree.

This incident came a few days ahead of the meeting of the joint parliamentary committee led by BJP MP Rajendra Agarwal to hear representation on the Citizen Amendment Bill of 2016. The bill was introduced by the BJP in the Center to grant Indian citizenship to Hindus, Jains, Buddhists, Sikhs, Christians, and Parsis from Bangladesh, Afghanistan, and Pakistan.

People from Assam are worried that this will result in a demographic change in the state with a majority of Bangladeshis entering. Akhil Gogoi, leader of the Krishak Mukti Sangram Samiti (KMSS) expressed his fears on Assamese becoming minorities in their own state. “According to a report by former governor S.K. Sinha, “Will Assamese language be replaced with Bengali as the official language? Such fears among the indigenous people in Assam will become reality if we all do not stand strongly against the bill. The BJP and RSS are sponsoring several organisations in Assam so that they don’t oppose the bill. According to a report by former governor S.K. Sinha, 75 lakh Bangladeshi Hindus had entered Assam between 1971 and 1989. If the bill is passed, they will become citizens of Assam.”

The amendment to the bill could be in violation of Article 14 of the Constitution that guarantees the right to equality. The committee heard representatives despite protests from the people in Guwahati.