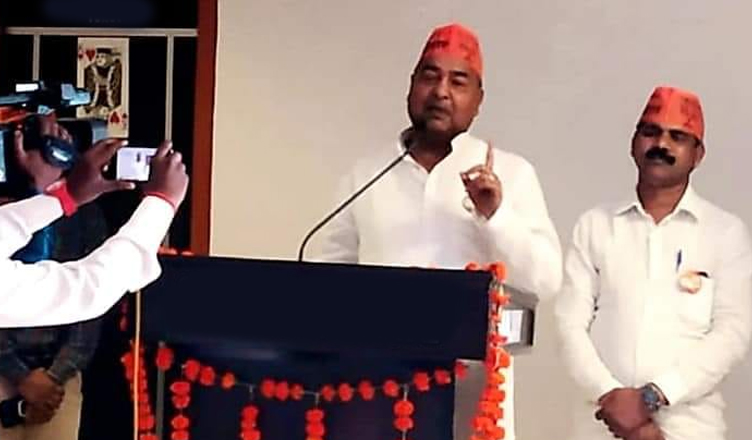 In what can be termed as a communal statement, Bharatiya Janata Party (BJP) leader Ranjeet Bahadur Srivastava on Thursday appealed to voters to cast their vote in favour of Prime Minister Narendra Modi if they want to destroy Muslims.

“In the past five years, PM Modi has made attempts to break the morale of the Muslims. Vote for PM Modi if you want to destroy the breed of Muslims. Despite partition, the Muslim population is increasing in the country and soon they will able to get the grip on the power through voting,” news agency ANIRahul Gandhi says his ‘Chowkidar Chor Hai’ statement deliberately distorted for political purposes
quoted Srivastava as saying while addressing a rally in Barabanki, Uttar Pradesh.

“After the Lok Sabha elections, the party will bring machines from China to shave 10-12 thousands of Muslims and later will force them to adopt Hindu religion,” he added.

However, instead of apologising for making such statements, the BJP leader brazenly defended it and even repeated it while giving a telephonic interview to HTN Tiranga TV.

“We believe and even the Quran states this that, in the beginning, everyone was Sanatan supporters, everyone had the same religion. Later on, they (Muslims) kept beards and went their separate way. They changed their identity… That’s what I have essentially said. Revert back to your original identity and everyone will be the same again.  What is wrong in saying that?” News Central 24×7 quoted Srivastava as saying.

“Modiji has broken their (Muslims’) morale. Their morale had reached such heights that the country was turning theirs. Modi has broken that spirit of theirs…. Apart from that, the Centre has granted Muslims everything. You (A Muslim) become a common man, an Indian and reap the rewards of ‘sabka saath sabka vikas.’ But this does not mean during these elections, you will keep beards to sell them off. Their beard is sold at the cost of Rs 10,000 to Rs 12,000,” he added.

Listen to his remarks here:

2 thoughts on “BJP leader refuses to apologise for ‘vote for Modi to destroy Muslims’ remark, says it again”