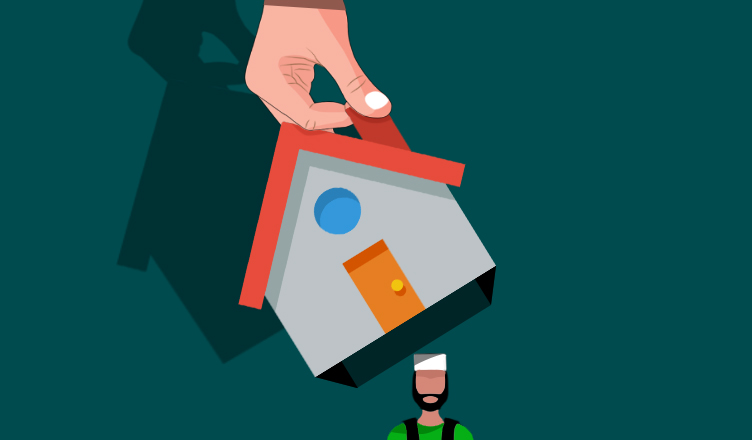 The Government of India is currently supervising the disposal of over 9,400 immovable enemy properties all across the country. Enemy properties are the immovable properties, lockers, safe deposits, and other instruments like promissory notes, shares and debentures, that are owned by Pakistani nationals.

The Enemy Property Act, 1968, was passed by the Parliament of India after the 1965 Indo-Pakistani War and the 1962 Sino-China War. The Act was passed to enable and oversee the property left behind in India by Pakistani nationals who were first citizens of India before the Partition in 1947. It’s the properties of those who had to flee their homeland to Pakistan and leave all their belongings behind. The ownership of these properties is passed on to the Custodian for Enemy Property for India, an Indian government department specifically for this purpose.

In 2016, the then Minister of State for Home Affairs, Kiren Rijiju, from the BJP Government, presented the Enemy Property (Amendment and Validation) Bill, 2016. This Bill became an Act in 2017. The changes that it brought about were –

So, where does the NRC and CAA come in?

There have been talks and public announcements about the National Register of Citizens (NRC) being implemented throughout India, while the Citizenship Amendment Act is already in effect. If your name gets left out of the NRC (if you’re unable to present the required papers) your option will be to get the Indian citizenship through the CAA, provided that you are a Hindu, Sikh, Parsi, Buddhist or Christian. However, the catch is that you will then have to prove that you were persecuted on the grounds of religion in Pakistan, Bangladesh or Afghanistan. If you are unable to prove that, you will be rendered as an illegal immigrant in India. This is where the Enemy Property (Amendment) Act comes into play.

As an illegal immigrant in India, you will lose all your property which will go into the hands of the Custodian of Enemy Property. Similarly, if you prove that you were from Pakistan but fled to India to escape persecution, it would make you a Pakistani national, which in any case, would strip you off your property, as per the Act.

Another clause that everybody should keep in mind is that under the new amendment, property cannot be transferred to anybody, even the heir. So, if you were born in India, but your parents weren’t or are unable to prove it, you will be prohibited from inheriting their property. It too will be passed on to the Custodian, the body which is autonomous from the Judiciary, and can sell your assets however it wishes. Not only will you and your family face many hardships due to the loss of your property, the Custodian will no longer be liable to help you.

Right now, the Home Minister, Amit Shah has assembled a group of ministers who will overlook the disposal of all the properties currently in the hands of the Custodian which are valued to approximately 1 lakh crore.

What more are the BJP going to do? Not only are they stripping many of their citizenship, but also their property and their rights. What more do you want from us BJP? When will you stop?