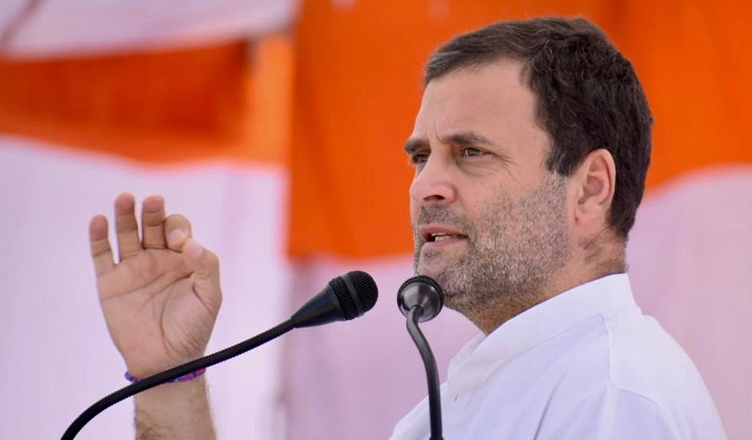 Congress President Rahul Gandhi on Saturday said that the Bharatiya Janata Party (BJP) in Chhattisgarh has divided the state into two, one which belongs to rich industrialists and the other which belongs to common people.

“In the last 15 years, Chhattisgarh has been divided under BJP rule. One which belongs to the ‘suit-boot’ and the other for the common people. We want justice for all and unity,” Gandhi said while addressing a rally in Chhattisgarh’s Koriya.

Accusing BJP of failing to fulfill its promises, the Congress chief assured that his party will waive off farm loans in Chhattisgarh within 10 days of forming the government.

“BJP had promised MSP of ₹2100 for paddy, but the farmers only get ₹1700-1800. Not only in Chhattisgarh, but this is the condition in the entire country. BJP only makes promises whereas Congress works to fulfil them. Like I promised & fulfilled my promise in Punjab and Karnataka, we will also waive off farm loans in Chhattisgarh within 10 days of forming the government,” he said.

“I have never lied or made false promises. Congress has implemented PESA Act, Tribal Rights Act, Land Acquisition Act to protect farmers and Aadivasis, like we promised,” he added.

Gandhi condemned the BJP for handing over hospitals and schools to private players and said that Congress will establish government super speciality hospitals and will provide free medicines.

“BJP has handed over all hospitals and schools to private players. This has made healthcare and education inaccessible. Congress will establish government super speciality hospitals and provide free medicine,” he said.

Rahul Gandhi will address two more rallies in the state in Bagicha and Darima later in the day.

Chhattisgarh elections are being held in two phases. The first phase was held on November 12 and the second phase is on November 20.