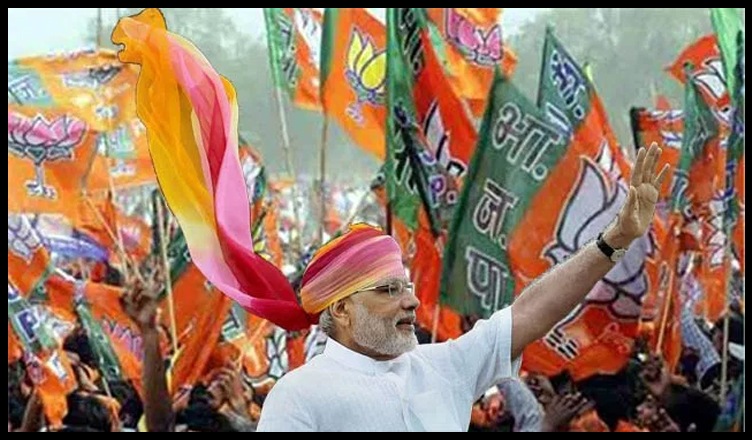 The Bharatiya Janata Party’s (BJP) total reported income was Rs. 1,034.27 crore for 2016-17. The information was revealed in a report on incomes of national parties for 2016-17, released by Association for Democratic Reforms (ADR). ADR is an NGO which monitors political parties in India. The reported income of the BJP is 4.6 times that of the Congress.

Another aspect which the report points out at is that the BJP got Rs. 532.27 crore in donations above Rs. 20,000, which is 12 times more than the Congress got in similar donations. There being some discrepancy in the kind of donations the BJP got can be made out by the fact that a BJP spokesperson refused to comment on the same.

Congress spokesperson RPN Singh said his party had earlier only raised questions on the introduction of electoral bonds, which they were sure would be misused by the BJP,  and would be used to “coerce and threaten” the people to donate. “Everybody knows why BJP gets highest donations. The suit-boot government that has waived off loans worth Rs 1.2 lakh crore of big industrialists will obviously get more donations,” Hindustan Times quoted Singh.

It is clear that the BJP’s income is attributed majorly to corporate donations (above Rs. 20,000). Political funding laws in India require disclosure of donor’s identity if the source is donating more than Rs. 20,000. Interestingly, out of Rs. 532.27 crore received by the BJP in the category of corporate donation, Rs. 251.22 crore has come from just one source, Satya Electoral Trust.

The fact certainly proves BJP’s ability to engage in successful dealings with corporates when it comes to personal business.