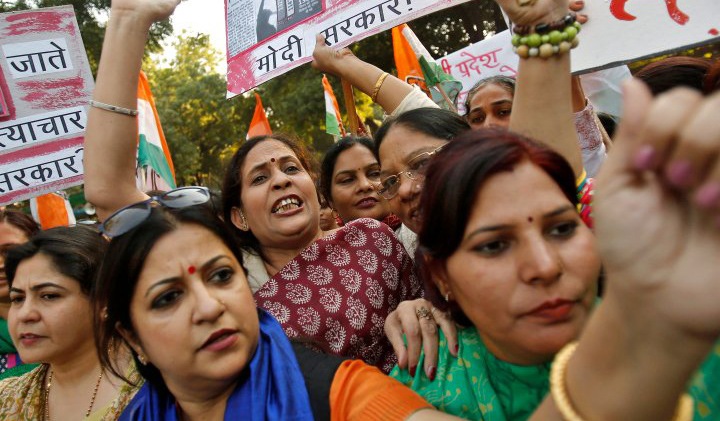 The shocking death of Gauri Lankesh on September 5 gave us far too many things to deal with. While we were in shock with the brutal killing of a journalist raising her voice against the right wing ideology, the social media outrage brought an altogether different picture. While there was one class of people who condemned the killing there was also another who glorified it. (To give this piece some sense lets abbreviate this class of people as ‘RW’). Now RW not only justified the death of Gauri Lankesh, they also vented out their anger at (especially) women who condemned the killing by posting tweets on the lines that they will also meet the same fate as Gauri and worse, that they deserved to be gang raped.

The real shock was however discovered when it was found out that some of these RW who abused and issued rape threats to women on social media (especially Twitter) were followed by our Prime Minister Narendra Modi. This explains our PM’s silence when it comes to addressing the spike of crime against women, because if he follows those who speak derogatorily to women what can possibly be expected from him anyway.

But the issue of swollen patriarchy dwells deeper. The Sangh principally views women’s place in the family as that of a homemaker, who does not necessarily need to have an opinion on the outside world and therefore when she does, these RW feel they must make the women ‘understand’ her place.

To put things in perspective, a complete frame of male world leaders with their wives, sends a larger picture of equality between a man and a woman. And situations like these where a woman is given the same stage and platform as her husband, a case in point former US President Barack Obama and Michelle Obama, gives a sense of solidarity and strength to women across that country.

Alas, we Indians are devoid of that privilege and thus a country whose PM who follows those who spread hatred against women, whose ministers speak condescendingly when it comes to issues pertaining to women. We can just gauge how tough it is for a women to still show strength and continue with her daily assignments in such a hostile environment.