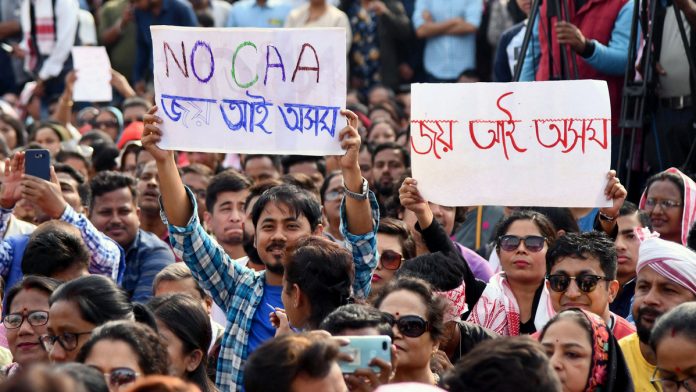 The Ministry of Home Affairs (MHA) is drafting the rules for the Citizenship (Amendment) Act. As per the rules, apart from having to provide some kind of evidence that you came to India from Pakistan, Afghanistan or Bangladesh before December 31, 2014, applicants will also have to give ‘proof of religion’.

As per an official from the Home Ministry, one can prove their religion by submitting any Indian government documents, provided that it was obtained before December 31, 2014, where the religion of the applicant is clearly stated.

The official said “For example, if someone has enrolled his/ her children in a government school, he/ she would have declared their religion. If someone has acquired Aadhaar before December 31, 2014 and has declared his/ her religion as being from among the six mentioned in the Act, it would be acceptable… Any form of government document declaring religion will be accepted.”

Read also: How the Enemy Property Act comes into play with the NRC and CAA

There are very low chances that the CAA rules will ask for proof of religious persecution, and will instead just presume that the people who entered India were facing persecution or feared that they would in the near future.

According to a few sources, the MHA has agreed to a demand by Assam to make the application process for citizenship under CAA time bound, to three months. Assam believes that by having no time limit, it could enhance the tension regarding CAA in the state. A BJP leader from Assam said “The government has agreed to limit the time period, which may be three months or six months from the date of notification of CAA rules. A final decision is yet to be taken, but our concerns have been addressed.”

However, the lack of urgency gives people time to think. If after much consideration, the people of Assam continue to believe that the CAA shouldn’t be implemented, a time bound policy will only make them more apprehensive. The BJP government is continuing to implement policies that the people of India, along with the world are against. Are we now so scared of people forming opinions that we need to rush things? When will democracy restore?

Read Also: There should be “no Shaheen Bagh” in Delhi: Amit Shah