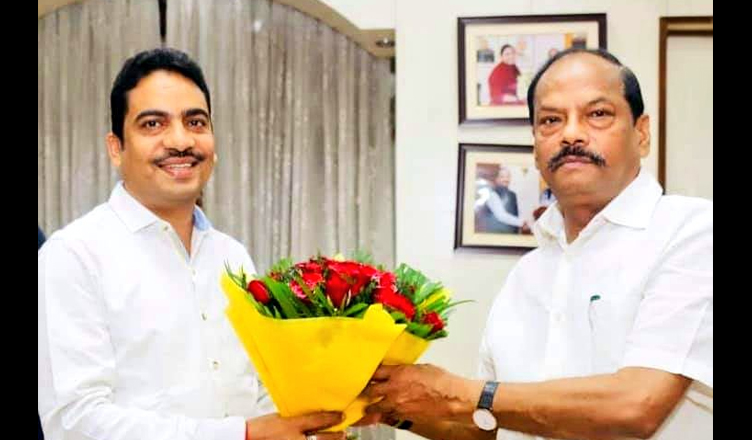 The question in the headline is, we can bet, on everybody’s mind right now. The Bharatiya Janata Party (BJP) has time and again harped on its anti-corruption approach and how it wants to uproot corruption from every sector.

However, the BJP candidates’ list in Jharkhand for the upcoming assembly elections suggests otherwise. The list containing names of 52 candidates includes the name of Bhanu Pratap Shahi, who is an accused in the Rs. 130 crore medicine scam during the tenure of government led by Madhu Koda between 2006 and 2008 as well as in the Rs. 4000 crore corruption and money laundering scam.

Health Minister in the cabinet of Madhu Koda, Shahi had then bent the rule of purchasing medicines only from Public Sector Undertakings (PSUs) and allowed purchase of medicine and medical apparatus at overrated prices in exchange for kickbacks.

He was chargesheeted by the Central Bureau of Investigation and the Enforcement Directorate for illegal purchase of medicines and the agencies claimed that 19 private companies were involved in the dubious deals. He was arrested in 2011 but has been out on bail since 2013.

With regard to his money laundering scam, the ED confiscated Shahi’s assets worth Rs. 7.98 crore in May 2014 under the Prevention of Money Laundering Act or PMLA. The agency said that Shahi had accumulated the assets between 2005 and 2009.

What is ironical is that the BJP has so far denied ticket to Saryu Rai, legislator from Jamshedpur West. Rai, so far, has been a torchbearer of fight against corruption. Apart from exposing fodder and bitumen scam in Bihar, he also exposed the mining scam in 2009. Not just this, he even questioned his own government’s decision to renew the leases of 105 mines in January 2017.

With the BJP giving ticket to one who’s an accused in a scam and denying ticket to the one who’s against corruption, it’s pretty clear what the saffron party’s real motive is.