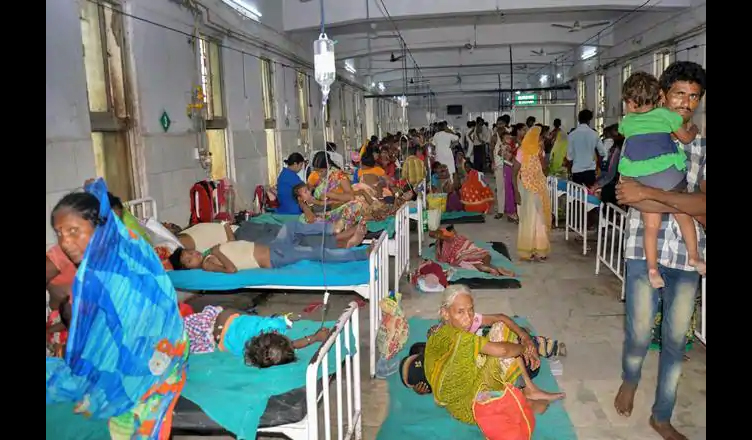 With 15 more lives giving in to Acute Encephalitis Syndrome (AES) that has captured the city of Muzaffarpur in Bihar, the death toll rose to 128 on Wednesday.

India Today, as per its sources, reported on Wednesday that as many as 418 people are admitted with the same disease. More than 300 children are admitted in the Shri Krishna Medical College and Hospital (SKMCH) while another 144 are admitted in Kejriwal Hospital.

Apart from Muzaffarpur, which has reported the most number of cases of encephalitis, East Champaran and Vaishali have also reported of the same.

In order to strengthen the management of AES cases at SKMCH, a central team of paediatricians and paramedics arrived in Muzaffarpur on Wednesday.