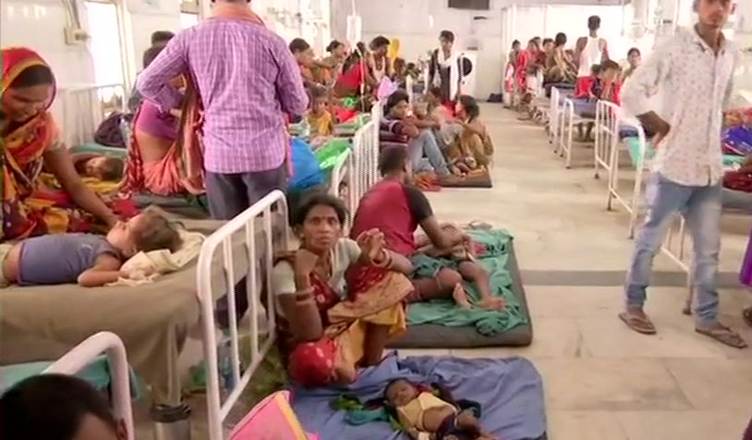 The death toll due to the outbreak of Acute Encephalitis Syndrome (AES) in Bihar’s Muzaffarpur reached 112 on Wednesday.

India Today, as per its sources, said that as many as 418 people are admitted with the same disease. More than 300 children are admitted in the Shri Krishna Medical College and Hospital (SKMCH) while another 144 are admitted in Kejriwal Hospital.

The SKMCH has alone reported 90 deaths since June 1.

Apart from Muzaffarpur, which has reported the most number of cases of encephalitis, East Champaran and Vaishali have also reported of the same.

A case has been registered against Union Health Minister Dr Harsh Vardhan and Bihar Health Minister Mangal Pandey in Bihar’s Chief Judicial Magistrate (CJM) court by social worker Tamanna Hashmi for not spreading awareness about encephalitis prior to the outbreak.

The case will be heard on June 24.

One thought on “Bihar Encephalitis tragedy: Death toll mounts to 112”