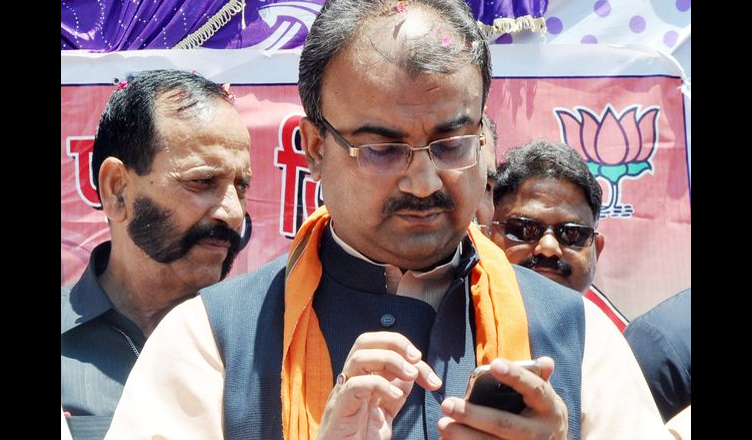 As if asking about India-Pakistan cricket match during a meeting over Acute Encephalitis Syndrome (AES) in Bihar’s Muzaffarpur was less for him, that state Health Minister Mangal Pandey has mired in another controversy.

HuffPost India has reported that when Pandey visited Muzaffarpur on June 14, an ambulance managed by a doctor, a nurse, a blood bank technician, an emergency medical technician and a driver, was sent to accompany his convoy.

The news website reported that the ambulance was with the minister during his visit to Shree Krishna Medical College and Hospital (SKMCH) and stayed with him for almost four hours.

HuffPost India also reported that an ambulance with a patient was stopped to let Pandey’s convoy pass at the hospital.

It is the District Magistrate who passes down the order from the ambulance to the Civil Surgeon, who in turns pass it down to the District Programme Manager, who is in charge of the District Health Society.

The President, the Prime Minister, the Chief Minister, the Governor of the state and the District Magistrate of the city are entitled to this convoy protocol.

However, it is unclear as to why was this protocol extended to the state and union health ministers, that too also at a time when the state is witnessing shortage of doctors and ambulances.

Pandey is the same person who was seen asking about the India-Pakistan cricket match during a meeting with central ministers over the outbreak of encephalitis in Muzaffarpur.