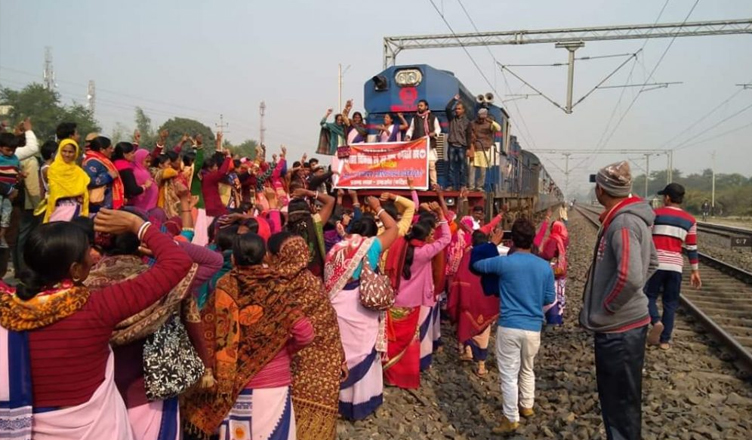 As the indefinite strike, launched by Accredited Social Health Activist (ASHA) workers in Bihar on December 1, entered day 27, the anger was vented out by the protesters by blocking trains all across the state.

ASHA workers were out there in large numbers and blocked rail lines in Darbhanga, Bhojpur, Muzaffarpur, Patna. A passenger train was also stopped at  Sidhwalai station in Gopalganj, NewsD reported.

Patna-Mokama route was affected for half an hour after a train was stopped by the protesters at Fatuha railway station.

In September, Prime Minister Narendra Modi promised to increase the monthly honorarium of Accredited Social Health Activist (ASHA), ANM (Auxiliary Nurse Midwife) and Anganwadi workers across the country and said that it was a “Diwali gift” for the workers.

PM Modi had also stated that these workers would be brought under schemes like Pradhan Mantri Jeevan Jyoti Bima Yojana and Prime Minister Suraksha Bima Yojana.

He had announced that the hike would come into effect from October and would reflect in their salaries that they would receive November onwards, but the same has not turned into reality till date.

According to NewsD, some of the demands of the ASHA workers are: