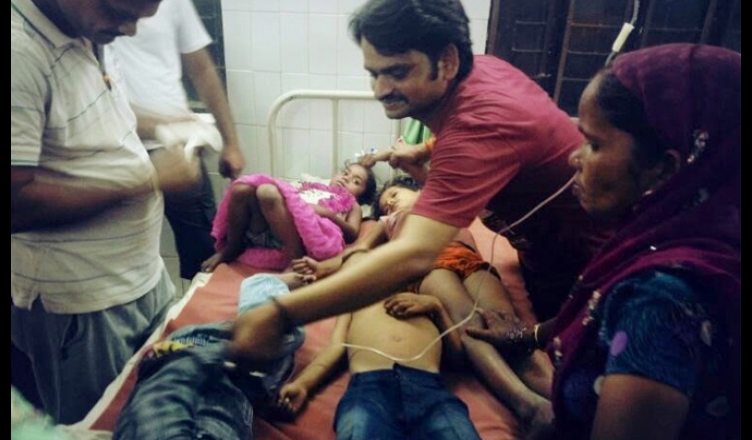 As many as 51 students fell ill after consuming their mid-day meal in their school Tuesday afternoon in Bihar’s Lakhisarai, Hindustan Times reported.

The students of Mahrath Middle School fell ill with diarrhoea, nausea and stomach ache and were rushed to the Sikandra Primary Health Centre in neighbouring Jamui district.

“Fifty-one children had taken ill and admitted to the Sikandra primary health centre (PHC) with complaints of severe stomach pain, nausea and diarrhoea. They will be discharged by this evening. Though there could be rumours that a lizard may have slipped into the mid-day meal, the symptoms of food poisoning could be a ramification of water contamination or improper hygiene in food chain,” Hindustan Times quoted Lakhisarai civil surgeon Ashok Kumar as saying.