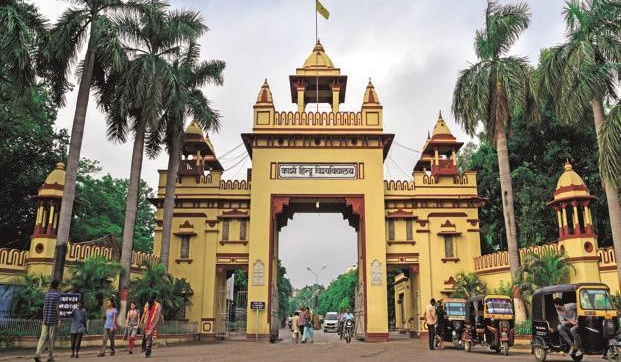 A group of students from the Banaras Hindu University (BHU) have filed a complaint objecting to play ‘glorifying’ Nathuram Godse.

The play was staged during the three-day cultural festival organised by the college’s Faculty of Arts called Sanskriti 2018.

The students have alleged that the play, based on the controversial Marathi play I, Nathuram Godse Speaking, portrayed Mahatma Gandhi in poor light, held him responsible for partition and justified his assassination.

“How did a programme, which hurts the country’s constitutional values be allowed? This is indicative of a larger conspiracy. Sentenced to death by the courts, terrorist Godse’s glorifying portrayal amounts to hurting the unity and pride of India and this is nothing less than deshdroh. We demand an inquiry into this,” the letter written by the students read.

The students also alleged that the play glorified Nathuram Godse and amounts to sedition.

The play had a dialogue, “Mujhe garv tha main Hindu hoon. Gandhi ahimsa se hinsa karne lage, Mussalmano ka saath diya, nahi dekha gaya, socha Gandhi ko jaana hoga (I was proud of being a Hindu. Gandhi was violent to the idea of non-violence. He stood for Muslims. I could not see it and decided Gandhi will have to go).”

It elicited a big applause from the crowd every time it was said, reports News 18.

The letter also stated that the play has hurt the ideals of the freedom struggle as well as the values of the Constitution and BHU.

Lanka Station House Officer Sanjeev Mishra said he has “accepted” a complaint over the purported performance.

The complaint was lodged after a video clip of the play went viral on social media.