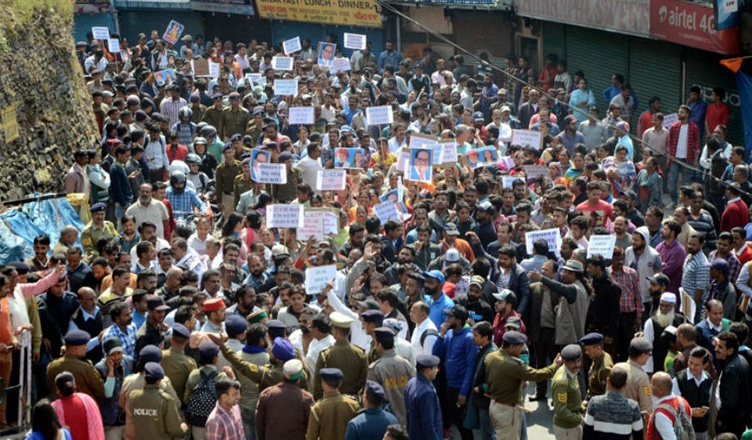 Over 150 organisations of upper castes and Other Backward Class (OBCs) have called for ‘Bharat Bandh’ today, protesting against the alleged dilution of SC/ST (Prevention of Atrocities) Act.

Apart from this, Prohibitive orders have been issued under CrPC in four districts of Madhya Pradesh, Morena, Shivpuri, Bhind and Ashok Nagar district.

On Wednesday, the protesters staged a demonstration outside the residences of Union Minister Narendra Singh Tomar at Gwalior and MP Bhagirath Prasad at Bhind as well as at higher education minister Jaibhan Singh Pawaiya’s residence in Gwalior.

Earlier this year, the SC had removed the strict provision of mandatory arrests under the Act.

Following this, on April 2, Dalit organisations called for a nationwide strike (Bharat Bandh) to protest the alleged dilution of SC/ST Act proposed by the Centre. Many political parties had extended their support towards the protest. During this, there were violent demonstrations in more than 10 states which led to the death of 14 people.

The most widely affected regions due to the demonstrations were Madhya Pradesh, Bihar, Uttar Pradesh and Rajasthan.

In the wake of the same, the government filed a review petition before the Supreme Court. The Centre said that the dilution of the act would reduce the fear of law and would lead to more violations.

Prime Minister Narendra Modi had on April 13 said, “I assure the country that the strict law that has been made will not be affected.”

The issue of SC-ST law is also a burning one because Dalits constitute 17 per cent of the total voters in the country. They have influence over 150 Lok Sabha seats. 131 MPs belong to this class. There are 80 Lok Sabha members from the SC / ST category in 12 states where violence took place in April.